Rabat - Following his exit from Germany’s national football team over “racism and disrespect,” Mesut Ozil has received a lot of support. 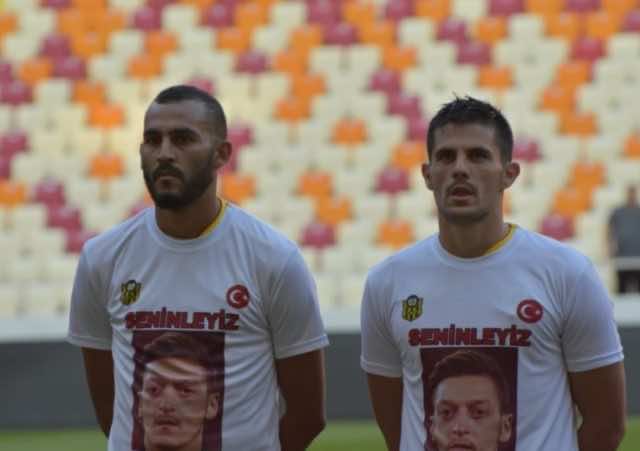 Rabat – Following his exit from Germany’s national football team over “racism and disrespect,” Mesut Ozil has received a lot of support.

This time, it is football players who are paying him tribute. Moroccan international football player Khalid Boutaib and his teammates in Turkey’s Yeni Malatyaspor club wore a jersey with the Turkish-German football player’s face and a message of support during a friendly game on Saturday.

The players were standing in solidarity with Ozil, who complained of racism and unfair treatment.

Two weeks ago, the 29-year-old midfielder for Arsenal announced that he was leaving the Germany team on his Twitter account. He wrote, “It is with a heavy heart and after much consideration that because of recent events, I will no longer be playing for Germany at international level whilst I have this feeling of racism and disrespect.”

The decision came after he was harshly criticized for appearing in a picture with Turkish President Recep Tayyip Erdogan at an event in May, during the Turkish presidential campaign.

Ozil was also targeted by angry fans who lashed out at him after Germany’s shocking loss to South Korea which resulted in an early exit from the 2018 World Cup.