Rabat - The massive earthquake did not stop him from performing his prayers. 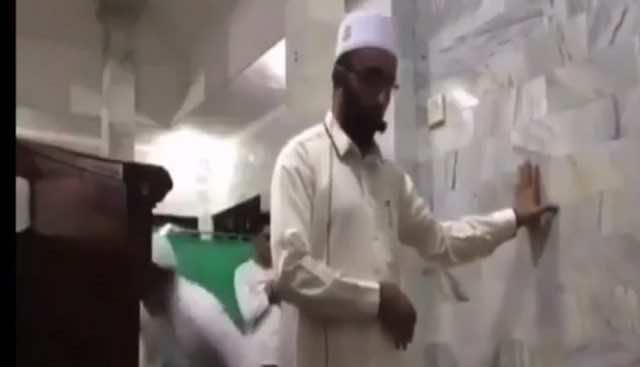 Rabat – The massive earthquake did not stop him from performing his prayers.

A video of an imam in Bali, leading the maghreb (sunset) prayer despite massive tremors went viral on social media, generating thousands of reactions and millions of views.

The 64-second video showed the imam supporting himself against the wall as the room shook violently. He was joined by some worshipers.

Social media users praised the imam for his “courage” and “strong faith” during the very traumatic event.

“I am crying… he did not even flinch, even though it is allowed to leave your prayer during an earthquake,” said Indonesian scholar Yusuf Mansur, who shared the clip to his 2 million followers on Instagram, as translated by Agence France Presse (AFP).

On Sunday, June 6, Indonesia was struck by an earthquake of 7.0 magnitude that has killed more than 90 people and damaged thousands of buildings.