Rabat – To strengthen relations with Kenya, the embassy of Morocco in Nairobi hosted a reception creating a new parliamentary commission.

During the reception, 15 Kenyan parliamentarians announced the new joint commission on the occasion of the 19th anniversary of the accession of the King of Morocco to the throne. The Moroccan ambassador, Mokhtari Ghambou, released his statement of the celebratory function in Nairobi after the holiday on July 30.

The joint parliamentary commission entailed several extensive meetings between the Kenyan senate, the Moroccan ambassador residing in Nairobi, and various members of Morocco’s House of Representatives.

The Kenyan government is working towards deeper relations with Morocco and welcomes initiatives, such as the commission, that will facilitate parallel diplomacy.

The creation of the commission aims to promote strengthened relations between the two geographically distant states. Further, they aspire to adopt a common Africa-wide structure to organize conferences, assemblies, and meetings.

Additionally, Ghambou encouraged initiatives in pursuit of bilateral agreements in areas such as “agriculture, food industries, tourism, renewable energies, and the construction of dams.”

In strengthening consultation and coordination of continental Africa, the commission strives to develop trade, facilitate economic cooperation for all countries, and promote Moroccan investments in Kenyan markets. Further, they hope to achieve a peaceful and final solution to the Western Sahara conflict plaguing northwest Africa.

Many notable Kenyans attended the reception as Ambassador Mokhtar Ghambou presented 300 copies of the Holy Qur’an to Dr. Youssef Nzibou, the president of the Higher Council of Muslims of Kenya, in hopes to enhance the positive nature of the event. 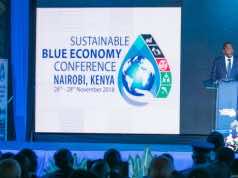 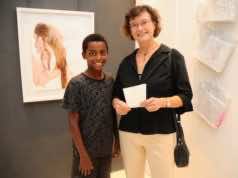