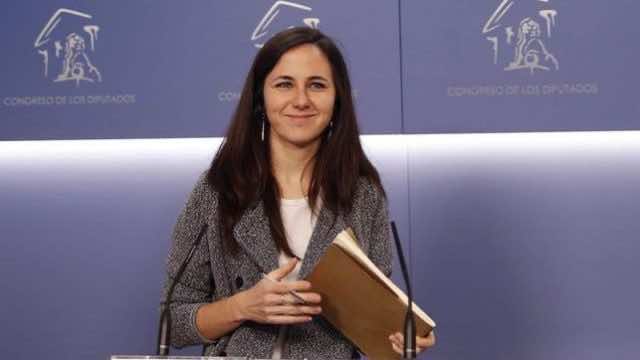 Quoted by Spanish news agency Europa Press, Ionne Belarra, Podemos’ deputy speaker in the Congress of Deputies, urged Sanchez’s cabinet to solve migration problems with its own means, saying, “Having Morocco playing the role of a watchdog to our borders might have negative consequences. It would be a mistake for a democratic country like ours.”

She continued, “You cannot export [border control] to countries where human rights are violated.”

Podemos, in opposition, considers it an error for Spain to let Morocco influence the way migration on the southern border is managed, growing suspicious of the agreement. Belarra said that Morocco could use the migration crisis to “blackmail” Spain.

Podemos has always been very critical of Morocco, particularly calling for a referendum on self-determination in Western Sahara.

Indeed, last Friday, August 3, a group of deputies from Podemos, the Basque Nationalist Party, the Republican Left of Catalonia, the Compromise Coalition, and Bildu from the Basque Country United asked the government not to accept the new fisheries agreement between the European Commission and Morocco.

They considered the agreement, which enables European fishing boats to work off Morocco’s coasts in exchange for compensation, in disrespect of the EU Court of Justice’s ruling that the waters off Western Sahara should not be included in the deal.

On behalf of Podemos, Belarra has proposed alternative solutions to Spain’s border control agreements. Belarra has called for the government to focus its priority on “articulating legal and safe entry ways to our country.”

Belara’s proposal arises from the dangers of migration from the south, where many migrants resort to jumping the border fence between Morocco and the Spanish enclaves of Ceuta and Melilla or take precarious vessels across the Mediterranean, “risking their lives at sea.”

The 6-meter-high razor wire fences which separate Ceuta and Melilla from Morocco has been a contentious issue. The fences were first introduced in 2005, but removed 2 years later when a Senegalese national died while attempting to climb the fence.

However, in 2013, Spain’s former Prime Minister Mariano Rajoy of the People’s Party reinstated the fences.

The fence area has become a dangerous place where migrants have used quicklime, feces, and flamethrowers against the border guards in attempts to jump the fence.

Consequently, the government permits Spanish border guards in Ceuta and Melilla to send migrants back to Morocco. Only last year on October 3 did the European Court of Human Rights condemn Spain for its deportation of migrants to Morocco. The Rajoy government appealed the ruling and awaits a verdict this coming October.

In parliament, Belarra referenced the complications which migrants face: “It is not possible to get a visa from any African country and it cannot be requested in the embassies of third world countries. That is the basic problem. People have to migrate irregularly because there is no way to migrate legally, and in that the government of Pedro Sánchez should be focused.”

In particular, she emphasized the need for investment in the Asylum Migration and Integration Fund (FAMI) in order to provide a “decent welcome” for migrants, instead of “spending it in Foreigners Detention Centers (CIE) and in greater repression and border control.”

She added, “That could be done immediately and would help resolve the situation we are in.”