Rabat - Usain Bolt is turning his career around. After breaking world sprinting records, the Jamaican now wants to break records in football. 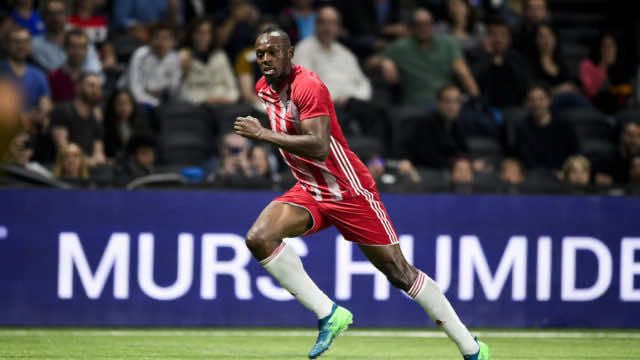 Rabat – Usain Bolt is turning his career around. After breaking world sprinting records, the Jamaican now wants to break records in football.

The 31-year-old athlete scored a try-out with the Australian club Central Coast Mariners, the club said Tuesday in a statement.

“The agreement between the Central Coast Mariners and Usain Bolt does not guarantee a professional playing contract but does provide the eight-time Olympic gold medallist with an opportunity to achieve his burning desire to play football professionally,” added the club.

We’re set to welcome @usainbolt to @CCMariners for an indefinite training period. Let’s hear from the world’s fastest man.

In a video shared by the Australian club, the Olympic champion said that he was really looking forward to coming to Australia.

“It’s my dream to become a professional footballer and I know it will take a lot of hard work and training to reach the level necessary to play and make an impact in A-League.”

“His training program is structured to see if he can reach a level of play that would allow him to have a pro contract.”

He continued, “It may take three weeks, but also three months, or six, or maybe even more time, who knows, time will tell.”

The Jamaican tried to launch his career as a professional footballer by performing a two-day test at Borussia Dortmund, training in southern France’s Saint-Jean-Beaulieu.

Bolt also played a friendly match with the Norwegian club Stromsgodset and played a charity match at Old Trafford.

In June, he played in the FIFA team against the “98” France team during a game when France’s 1998 champions came together to remember their 20-year-old World Cup win.

Usain Bolt ended his running career in in 2017 because of an injury coupled with losing the men’s 4×100 relay race during the World Athletics Championships in London.

The race was the last in Bolt’s marvelous career in which he became the most decorated sprinter with 22 medals in the Olympics and World Championships, 19 of them gold.