Rabat – Even though it tests an acceptable number of women annually, Morocco’s Breast Cancer Screening Program comes “up short.”

The France-based International Agency for Research on Cancer (IARC) issued an evaluation on stage distribution and quality of life and compared survival rates between screen-detected and self-reported breast cancer patients in the kingdom.

The screening program comes “up short in terms of the cancer detection rate even though the rate of annual screening coverage achieved was acceptable,” Basu said.

Although 60 percent of the yearly target population in the kingdom received screening tests, detection rate for cancer measures far below where it should be.

In fact, cancer detection may be as low as 1 in 1,000 women, a figure far below average; in comparison, mammography-based screening in Europe measures approximately 6 in 1,000 while the US reports 5 in 1,000. The disparity leads researchers to believe many cases of breast cancer are going undetected.

In 2015, 1.1 million women received a screening, covering just under 63 percent of the target population and surpassing the acceptable standard level of 60 percent. The figure grew to 1.5 million in 2016.

The two years marked 3.2 and 5.2 percent, respectively, for clinical breast exam positivity, measuring far below the expected range of 10 to 13 percent.

According to Basu and his colleagues, the key issue in the kingdom’s breast cancer screening lies in the means of detection.

The country launched its cancer screening program in 2010 for women aged between 40 and 69.

Trained nurses, midwives, and general practitioners perform clinical breast exams at primary health centers—each of which receive an annual target number of women to test—to determine which women should then move to early detection centers.

However, through the process of data collection, interviews, randomly-selected site visits, and focus group discussions, Basu and his colleagues identified crucial elements missing from the system.

A “mechanism to identify and invite the eligible women individually” does not exist. Although politically supported, well-documented, and structured intelligently, the program remains opportunistic: women in need of services may need to elect to receive a test themselves.

Additionally, potential cases are simply missed due to screening age.

“It is possible that the opportunistic program is screening a proportionately higher number of younger women, and the elderly women with much higher risk of breast cancer are being left out,” said the study.

The average age for testing hovers at about 49.5, 10 years older than the average in Western medicine. Age matters in early detection of cancer; by decreasing screening age, the program may lower positive predictive values of detection tests and also decrease the detection rate for breast cancer. Efficiency goes down and costs go up.

Basu and his colleagues developed a series of solutions following the evaluation: digital data collection, age-based analysis, and regular monitoring.

Stratification of age groups, a suggestion outlined in the report, divides detection rates into categories for more effective assessment. In addition, breast screening program can gather data from oncology centers and population-based cancer registries to “document the stage shift achieved through screening.”

The research team indicated, however, that data collection alone is not enough.

“The performance of the program in terms of inputs and outcomes should be monitored and evaluated, and specific actions need to be taken to fill in the gaps identified during evaluation,” the authors wrote.

The “gaps” mentioned by the study include a lack of adequate structured training and public knowledge.

“[Clinical breast exam] positivity should be regularly monitored across [health centers] and either too high or low values would necessitate retraining of the service providers.”

This comprehensive, systematic program evaluation demonstrated how to “identify the gaps and create the opportunity to implement corrective measures for improving the program outcomes,” according to its authors.

“The Moroccan experience also highlights that effective program leadership, a written standard operating procedure of data collection for program monitoring, appropriate coordination between different service delivery settings, meticulous maintenance of paper-based records, and orientation of the service providers to the importance of proper record-keeping can help collect performance data even in absence of a computerized information system from a mass-scale screening program in a developing country.”

According to the report, the Moroccan Ministry of Health has already taken steps to introduce the computerized database at the cancer early detection centers around the kingdom. 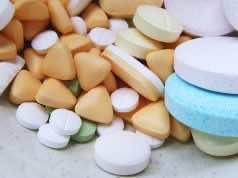