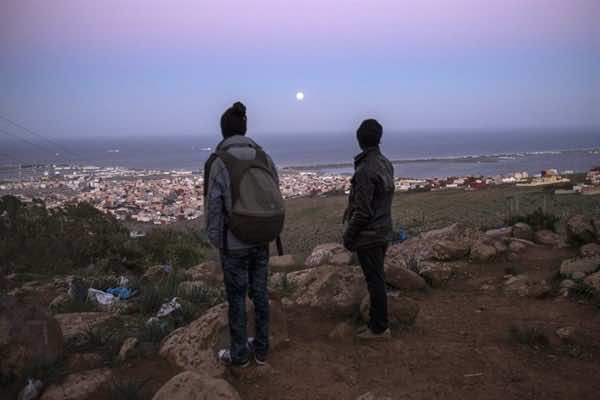 The EU and Morocco have given the impression in recent weeks that they have finally bridged their differences regarding Morocco’s role in the organization’s migration policy and the appropriate amount of financial means to curb the flow of undocumented migrants to Europe.

Following a series of negotiations and reportedly hot discussions in late July, the EU announced a €55 million fund to assist Morocco and Tunisia in stemming the migration flow. In Brussels, however, suspicion about “Moroccan politicking” has far from faded as many European politicians and experts have qualms about Rabat’s intentions.

In some circles, the suspicion has even shifted to certainty: “Morocco may have relaxed migration controls into Europe as leverage in key negotiations with Brussels,” Euronews reported on August 7.

The outlet claimed that, in the heat of the EU migration crisis in recent months, EU governments and partner countries—mainly from North Africa—were apparently engaged in a no-holds-barred contest where every shot was meant to make a point.

Quoting multiple European politicians and academics as well as a Moroccan professor, Euronews claimed that Morocco “may have” used the migration card to showcase its importance in protecting Europe’s external borders.

Morocco allegedly resorted to relaxing controls at its contiguous borders with the Spanish enclaves of Ceuta and Melilla to force the EU’s hand on both the EU-Morocco migration deal and the recently sealed EU-Morocco fisheries agreement, experts told the outlet.

Gonzalo Fazul, an investigator at porCausa, the foundation which is believed to have spurred the suspicion of Morocco, said that the information is highly credible because there were many Moroccans among the migrants who recently crossed to Europe.

He suggested that Moroccan security forces traditionally act “depending on the circumstances,” a hint that in the past few weeks Moroccan border patrols allowed people to cross instead of preventing the large flows that Spain recently witnessed.

“It is more difficult to say with absolute certainty, but several observers I trust suggest that Morocco, as it has done in the past, is using [migration] as part of the negotiation on very sensitive issues such as the fisheries agreement, or in the negotiation of the aid that the EU will give the country to manage these [migration] flows.”

But while rumors of Morocco’s laxity make the rounds in a number of European circles, the EU Commission is apparently adamant about the partnership with its North African ally. An EU Commission spokeswoman said that there is currently no evidence to back the claim that Morocco is using migrants as leverage.

Others claimed that while it is possible that Rabat “blackmailed” the EU in recent months, the situation is more complex than simple Moroccan “politicking.”

They argued that the recent increase in numbers crossing to Europe may be due to the country’s own rampant unemployment issues or the overwhelming number of sub-Saharan migrants fleeing other parts of North Africa— predominantly Libya and Algeria—to try their chance in a supposedly more welcoming Morocco.

Francesca Fabbri, a Morocco expert at the European Policy Centre, said that while “Morocco has relaxed border controls for political leverage in the past,” recent developments do not suggest such a move from Rabat.

She said that Morocco is presently keen to improve relations with its partners in Europe and Africa, and “it is against Moroccan interest to have the message spread that it is easy to pass from there to Europe.”

What is Morocco’s position?

Although Moroccan authorities have not responded to the “politicking “and “blackmail” rumors, similar developments in late July stimulated a firm answer from Rabat, with the Moroccan government strongly denying an increase in the number of migrants who have crossed from Morocco.

Mustapha El Khalfi, the Moroccan government’s spokesperson, said last week that while Morocco is “doing its best and alone” to secure Europe’s external borders, some in the EU still doubt the kingdom’s commitment to the alliance and downplay the effort and resources the country has invested in recent years to keep its part of the bargain.

Insisting that the number of thwarted migration attempts “has doubled this year,” El Khalfi called on Brussels to acknowledge Morocco’s commitment by cutting a deal that ensures that the financial compensation from the EU “matches the kingdom’s efforts.”