Rabat - Approximately 5.1 million tourists visited Morocco in the first six months of 2018, up 10 percent from the same period in 2017. 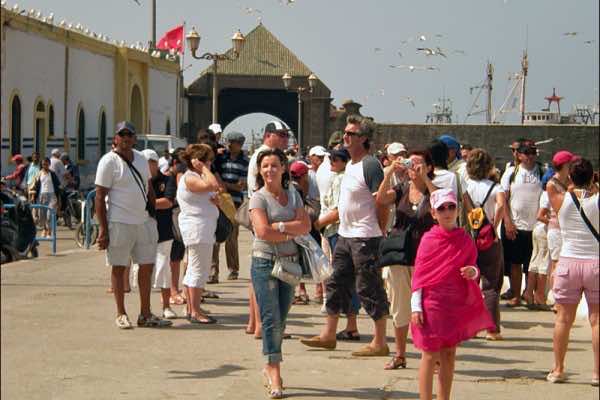 Rabat – Approximately 5.1 million tourists visited Morocco in the first six months of 2018, up 10 percent from the same period in 2017.

According to statistics from Morocco’s Tourism Observatory, the number of foreign tourist arrivals increased by 10 percent from the same period in 2017, while the arrival of Moroccans living abroad increased by 1 percent.

Morocco registered a notable increase in the rate of tourist arrivals from Italy, up 18 percent; Germany, up 13 percent; France, up 10 percent; Holland, up 8 percent; the United Kingdom, up 7 percent; and Spain, up 6 percent.

Revenue generated from non-resident tourists in Morocco increased by 15.2 percent to reach MAD 31.2 billion at the end of June, up from MAD 27 billion a year earlier.

Read also: Morocco Aims to Double the Number of Indian Tourists in 2019

An increasing number of Chinese tourists have visited Morocco since they were exempted from applying for visas in June 2016. Chinese passport holders are entitled to 90-day visas on arrival in Morocco.

The Chinese People’s Daily noted that, since the start of visa exemption, Morocco has received a large number of Chinese tourists in all seasons. The newspaper added that, especially in the summer, “we can see the Chinese everywhere” across Morocco from north to south.

The tourism sector is one of Morocco’s economic pillars, and the government aims to make the kingdom one of the top 20 destinations worldwide for China’s 500,000 tourists by 2020.