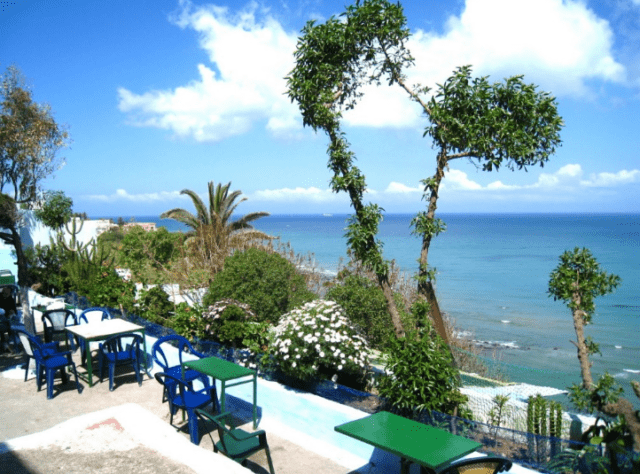 The café reopened August 8 after closing for almost four days, according to a report by Medi1TV.

Rumors of a permanent closing were spreading on the news and all over social media.

The mythical place was not shut down because of “illegal constructions,” local media Tanja 24 reported earlier this week. Local authorities went to the cafe on Saturday, August 4, to demolish a terrace that was built without “a license.”

“We had to do some work these days, that’s all. Today everything is back to normal, customers are still there,” said a waiter to Medi1TV.

Opened in 1921, Hafa is one of the oldest cafes in Tangier. Since then, the cafe has kept its simple decorations and style. Cafe Hafa has maintained its beauty, fame, and a good reputation that inspired numerous international writers.

Despite its popularity, each table at Hafa offers a degree of privacy resulting in a sense of artistic freedom. The unique atmosphere inspired many artists, including Tennessee Williams, Paul Bowles, the Beatles, and the Rolling Stones.