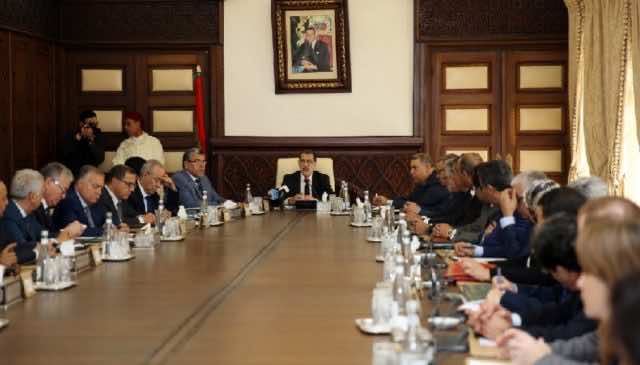 By
Hassan Masiky
-
Hassan Masiky was born in Kenitra, Morocco, and is based in Washington as a blogger and freelance writer.
Aug 13, 2018
Spread the love

The reaction to the much-anticipated address was a chance for Moroccans to voice their feelings toward the current government, their grievances and complaints about the state of their nation, and their hopes for a better future.

Just like in past speeches, King Mohammed VI was direct, frank and precise in his assessments of the current political, social and economic challenges facing the Kingdom. The Monarch has “invited the Government and all relevant actors to undertake a comprehensive and deep restructuring of national support and social protection programs and policies and to submit proposals for their evaluation modalities.”

Moroccans have reasonable expectation that their government would respond competently to their basic demands. However, they have serious doubts about the ability of the current “hard to define” coalition of government ministers and pro-establishment  personalities running the country to deliver the Monarch’s promises.

The time to pretend that the current government led by Prime Minister Saadeddine Othmani (Justice and Development Party- Known as PJD) is actually governing is over. The elements who control the decision-making apparatus in the Kingdom must either let the PJD rule or take over the reins of power and assume the responsibilities that comes with “presiding”.

The public welcomes and appreciates the King’s directives and his push for the current government to tackle the socio-economic problems facing the nation, however, similar proposals never materialized or failed to meet expectations in the past. Today, the health care and education systems are in shambles and the judiciary remains partial to outside interferences.

For the majority of Moroccans, the PJD led government is too feeble to address these issues. PM Othmani is just a figure and his team is nothing but a political ghost hindered from making significant political decisions or adopting substantial policy changes without the blessing of elements close to the circle of power in the establishment.

In fact, Moroccans understand that the Royal palace is the only institution capable of such undertaking. As such, advisers and counsellors  need to devise an executable plan to follow and assess the progress of the King’s initiatives.

Despite the recent firing of the Economy and Finance Minister Mohamed Boussaid, the removal of incompetent bureaucrats remains illusory in Morocco.

Government bureaucrats, including minsters, must be hold accountable for the failure of their agencies and should be fired for unsatisfactory performances. Resorting to the game of shuffling incompetent government officials from one position to another weakens the public trust in the effectiveness of all the Kingdom’s institutions.

In Morocco, it is easy to find responsible individuals at all levels of government. What the public is asking for is to hold the culpable accountable for the multitudes of political and economic failures that led the United Nations’ Development Program to rank Morocco a shameful 123rd out of 188 countries in terms of human development for 2016.

While the King cannot assess the performance of each minster and high-ranking government official, which leaves a lot of opportunity for abuse of power, he can set a clear tone for the consequences of malfeasance and incompetence for all public servants.

Past attempts to clean house did not work. The public education and government run health systems in Morocco are in dire status. Despite repeated calls to improve government agencies’ performances, officials had yet to formulate an executable plan for responding to incompetence and mediocracy. This seems incomprehensible.

Moroccans love to look for someone to blame when things go wrong. They think and hope that by identifying and castigating the culpable party or group they can set an example.

Nevertheless, the reality is different today. The Moroccan public is well aware of the complex “power web” that governs the country and conscience of the difficulties and hurdles to hold some officials accountable for their oversights.

Of all the attempts for dealing with incompetent bureaucrats and officeholders, the easiest and straightforward is to let the elected government govern without outside interferences. The Moroccan electorate is smart and perceptive to vote their representatives out of they fail and reward them if they succeed.