Rabat- A bystander has filmed a driver in Laayoune repeatedly backing into a parked car, allegedly belonging to a company director. 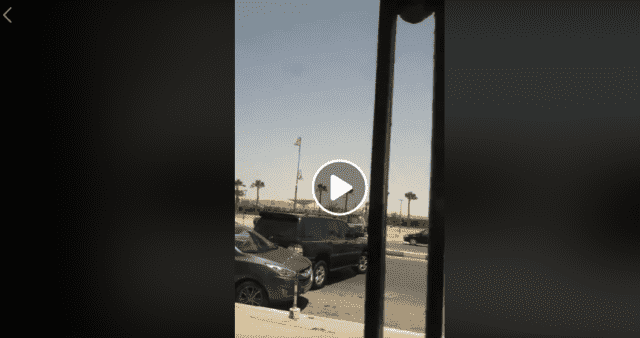 Rabat- A bystander has filmed a driver in Laayoune repeatedly backing into a parked car, allegedly belonging to a company director.

The video surfaced on social media on Friday, August 10, showing a black Toyota land cruiser without a number plate continually hitting a parked sedan before driving off. No policemen were in sight.

The video was recorded in Laayoune, the desert region south of Morocco’s anti-Atlas Mountains in Western Sahara. The larger car is seen backing into the sedan three times, triggering its alarm as alarmed onlookers in the street stand by.

A report by news outlet Lakome2 claimed that the parked car belonged to the director of the housing and urbanism company, Al Omrane Al Janoub, a subsidiary of Al Omrane Group in the region.

The driver of the land cruiser reportedly sought revenge from the director because the latter refused him a license to use some land, according to the news outlet.

Some social media commenters condemned the driver’s actions and blamed the “chaos” on the absence of security forces.