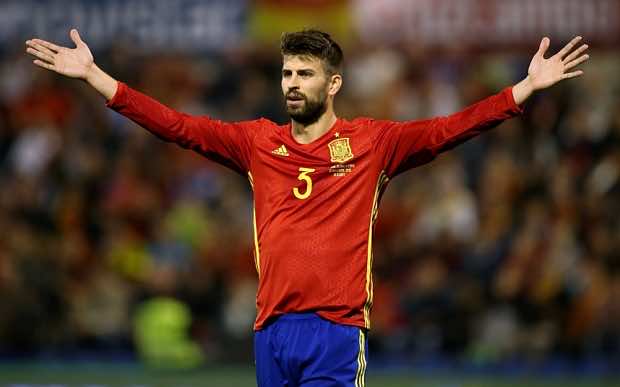 The 31-year-old Barcelona footballer announced his international retirement on Saturday, August 11, in an interview ahead of his club’s Sunday Super Cup match against Sevilla FC in Tangier.

“It was a lovely time with the national team, but now I want to focus on Barcelona,” he said.

The central defender explained to his new coach, Luis Enrique, that he wants to concentrate on his career with Spain’s FC Barcelona, where he has just extended his contract until 2022. “I spoke with him a week or two ago and told him that my decision was made,” said the Catalan player.

The Spanish team experienced sudden changes in leadership this summer. Luis Enrique became senior coach in July, succeeding Fernando Hierro, who spent one month doubling as senior coach and sports director with la Roja. Hierro had succeeded Julen Lopetegui, sacked two days before the start of the World Cup for having negotiated to become coach of Real Madrid.

Pique is the last remaining member of the Spanish team that won the World Cup in 2010. He is regarded as one of the finest winners in the Spanish selection.

Succeeding Carles Puyol, Pique has played 103 games with la Roja making him one of only 13 “centenarians” of Iberian football.

Pique’s exit follows Iniesta’s, who decided to quit the selection after Spain’s early exit in the 2018 Russian World Cup.

Pique played his first international match in 2009 in a friendly game against England. The Spanish side won the match 2-0. Later, in the FIFA World Cup (2010) qualifier match against Turkey in 2009, he scored the only goal. Since then, Pique appeared in almost every one of Spain’s 2010 World Cup matches.

Despite his success, Pique has had a very tumultuous relationship with la Roja. During the World Cup qualifiers in 2016, Pique was accused of removing Spanish colors from his shirt by cutting off his sleeves. Pique insisted that he cut off the sleeves for comfort, not as a political move.

In 2017, Pique threatened to quit the Spanish national football team if his support for the referendum on Catalan independence was considered “a problem.”