Rabat - The Moroccan-American rapper French Montana has an idea of what life would have been like if he had stayed in Morocco, and it is not glorious. 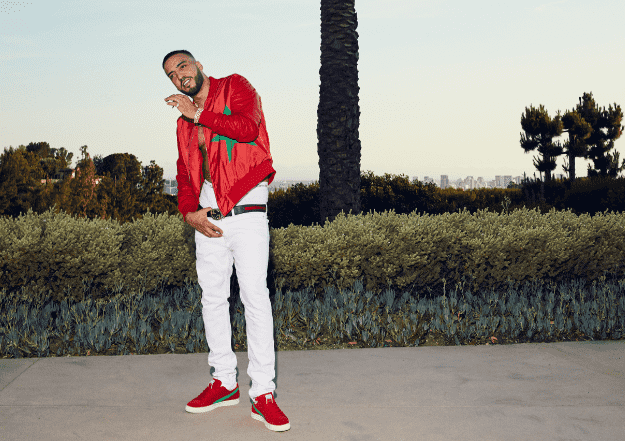 Rabat – The Moroccan-American rapper French Montana has an idea of what life would have been like if he had stayed in Morocco, and it is not glorious.

In an interview with the American magazine Billboard, the singer of “Famous” recalled his journey from little Moroccan kid to American superstar.

The successful 33-year-old artist has come a long way. Born in Casablanca, he left his hometown when he was 13 years old to live the not-so American dream in the Bronx, New York.

The rapper, born Karim Kharbouch, spent his youth wandering the streets of the South Bronx, selling drugs to provide for his family, especially after his father had to go back to Morocco, and French Montana had to take care of his mother.

“My mother had to stay here with us and get on welfare. It was a choice—she sacrificed for us. And it worked, by mistake. I became the biggest artist out of my country by mistake,” he said.

Montana finally acquired American citizenship in June, after living in the US for over 20 years and has the same rights as any citizen of the US.

However, things could have gone completely different, of which Karim Kharbouch is well aware.

During his interview, Khloe Kardashian’s ex-boyfriend imagined if his mother had returned to Morocco with his dad.

“Who knows where I’d be right now? I’d be in Morocco, selling corn, cameras. In some countries there’s more opportunity—but I feel like that’s only limited by how many chances you want to take,” he said.

Despite living his dream, Montana has never forgotten where he came from and is still proudly claiming his origins.

Kharbouch is also helping the Moroccan community by working with the Pan-African Movement and CARE Morocco in his hometown of Casablanca. These organizations seek to provide the children of Casablanca with full access to a quality education and healthcare.