Rabat - Madonna has worn a Moroccan Amazigh Tarbouch (hat), setting the tone for her 60th birthday, which she may spend in Marrakech. 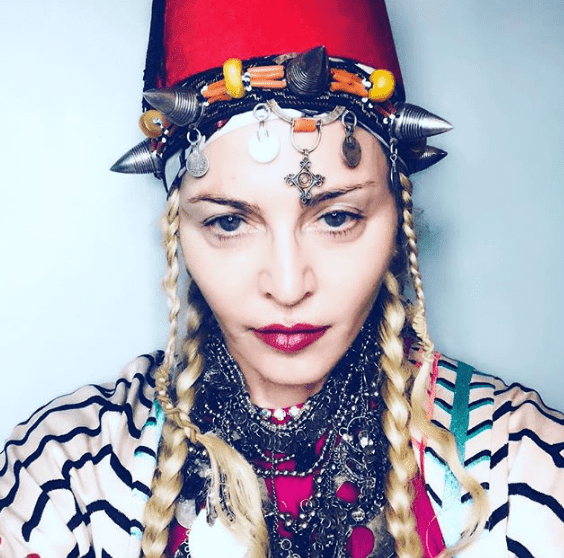 Rabat – Madonna has worn a Moroccan Amazigh Tarbouch (hat), setting the tone for her 60th birthday, which she may spend in Marrakech.

The queen of pop gave Instagram a sneak peek of her huge birthday celebration, showing off Moroccan vibes to her 11.6 million followers by wearing an Amazigh look.

“Today I am wearing C A K E on my head, 2 more days,” she wrote, Tuesday, August 14, without revealing where she will blow out her candles.

Rumors have spread that the singer of “Like a Virgin” will spend her birthday in Marrakech.

According to several media outlets, Madonna is planning a big birthday party in the luxurious Riad El Fenn belonging to Vanessa Branson, the sister of British billionaire Richard Branson. Hundreds of celebrities are expected to attend the pop icon’s celebration.

An undeniable 1980s fashion icon, Madonna is also remembered as the queen of outrageous as she is constantly breaking from convention.

The mother of a now-large family continues to have relationships with younger men, which continues to fascinate the media.

The 60-year-old pop star is divorced from director Guy Ritchie, mother of two biological children, and has adopted four children from Malawi. For her birthday, she always encourages her fans to donate to her foundation “Raising Malawi.”

Known for her sharp political views, the singer appeared in January 2017 at the “Women’s March” in Washington, D.C. The day after Donald Trump entered the White House, she called on hundreds of thousands of protesters to resist “tyranny.”