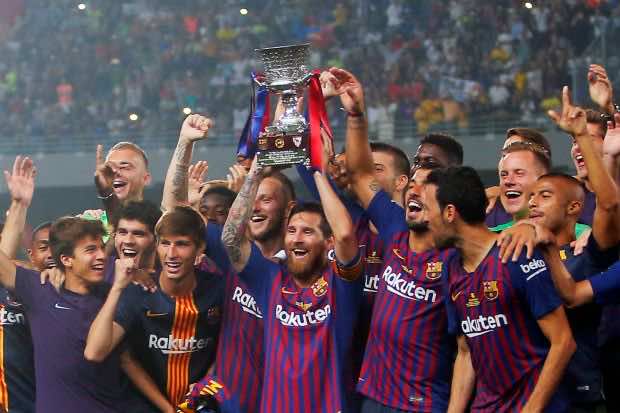 Rabat – FC Barcelona will bring home the trophy after a 2:1 win in the Spanish Super Cup match against FC Sevilla.

Excitement filled the streets of Tangier on Sunday evening as it hosted the match in the Ibn Batouta Stadium.

It is the first time that any city outside Spain has been chosen as a “neutral” venue for a Spanish Super Cup game.

The Super Cup, which always features two games, broke with tradition this year and only had one decisive match. Traditionally, the two games are scheduled in each team’s home city.  The Super Cup is played between the winner of La Liga and the winner of the Copa del Rey.

FC Barcelona was both this year’s La Liga and Copa del Rey winner. Tradition requires that in such cases, the Copa del Rey’s second-placed team—which was FC Sevilla this year—plays against the Spanish championship winner.

The game started well for Sevilla. Thay took the lead early when Pablo Sarabia scored only nine minutes into playtime. Initially, the goal was revoked as offside, but it was recognized after consulting the video assistant referee (VAR).

In the remainder of the first half, Barcelona tried to compensate for its deficit. Their efforts were enhanced by an omnipresent Messi, but the club’s fans had to wait until the 42nd minute to see Gerard Piqué score an equalizer.

The second half was dominated by the Catalans. Ousmane Dembélé turned the game to Barcelona’s favour (2-1) with a powerful kick in the 79th minute.

In the 90th minute Barcelona’s fans’ hopes were in jeopardy when Sevilla’s Ben Yedder was awarded a penalty shot. However, the striker was not able to convert the opportunity into a goal.

At full time, FC Barcelona secured its 13th win of the Super Cup and its 6th in only 9 years.

Last month, the Royal Spanish Football Association (RFEF) and FIFA gave their final consent for the match to be played in Tangier.

When RFEF President Luis Manuel Rubiales visited the stadium last week, he said, “For us, it’s an honor to play the Spanish Super Cup in Morocco, a country that is at the forefront of African football.” 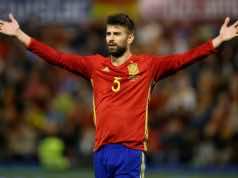 Rubiales: ‘It’s an Honor to Play the Spanish Super Cup in Morocco’ 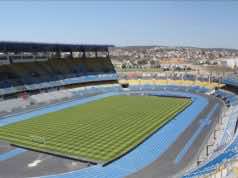 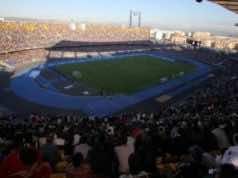