Rabat - A new UN report has found that ISIS, with 1,473 Moroccans among its fighters, remains a threat to global security. 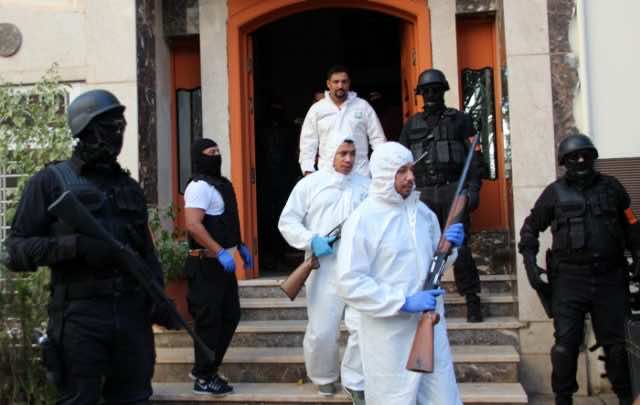 Rabat – A new UN report has found that ISIS, with 1,473 Moroccans among its fighters, remains a threat to global security.

According to the report, the terrorist organization has found ways to survive and orchestrate terrorist attacks despite the heavy military and territorial losses it experienced at the hand of the US-led coalition of 77 countries.

The group still has up to 30,000 fighters evenly distributed between combat zones in Syria and Iraq, according to the report. But there are also significant numbers of ISIS-affiliated fighters in the Sahel and surrounding countries, especially in Libya, Mali, and Niger.

“Among these is still a significant component of the many thousands of foreign terrorist fighters,” said the report.

It is estimated that 1,473 Moroccan nationals are part of the terrorist organization’s “halting but hardened core of foreign fighters.”

Although the terrorist group no longer has the frightening aura, global appeal, and financial resources it had at the height of its reign between 2014 and 2015, there is still a flow of Moroccan nationals—and other foreign fighters—taking major risks to join the group’s ranks in Yemen, Afghanistan, Libya, and elsewhere.

ISIS’s Moroccan fighters are mostly found in Libya, where the UN estimates there are 4,000 ISIS fighters. In addition, Al Ahdath Al Maghribia reported today that new waves of Moroccan jihadists are thought to be increasingly heading to the Philippines.

A van bombing on July 31 in the southern Filipino Island of Basilan has been reported to have been carried out by Moroccan ISIS fighter Abu Kathir Al-Magrhibi. Al-Maghribi was reportedly targeting a gathering of school children to avenge the death of his son, killed in a clash between ISIS and the Filipino army.

Defeated but not extinguished

ISIS, which emerged from the conflict and political instability in Syria and Iraq, shocked the world in 2014 when it proclaimed itself a nation called the “Islamic State.”

At the peak of ISIS’s global reach in 2015, what began as a relatively insignificant rally of insurgents gradually became a rallying point for other extremist groups around the world, gathering as many as 100,000 jihadists and taking over the Syrian city of Raqqa—which they declared as their capital city—and the Iraqi city of Mosul, where the group’s leader, Abu Bakr al-Baghdadi, declared a caliphate in June of the same year.

By 2017, however, the international coalition had inflicted heavy defeats on the group, driving it out of its major cities and confining it to small territories in central and southern Syria. The UN report warned, however, that the group is far from completely defeated.

“Despite the damage to bureaucratic structures of the so-called ‘caliphate,’ the collective discipline of Isil is intact,” it continued. “Although he is reported to have been injured, Abu Bakr al-Baghdadi remains in authority,” the report said.

The report explained that ISIS forces have “showed greater resilience” in eastern Syria, as the group “is still able to mount attacks.”

“It does not fully control any territory in Iraq, but it remains active through sleeper cells.”

The group has morphed from “proto-state” into “terrorist network” and still a major threat to Mid-East and global stability, the report said.