Rabat - The Africa Report magazine has published profiles of the top 50 African influential women in business, including 9 Moroccan businesswomen. 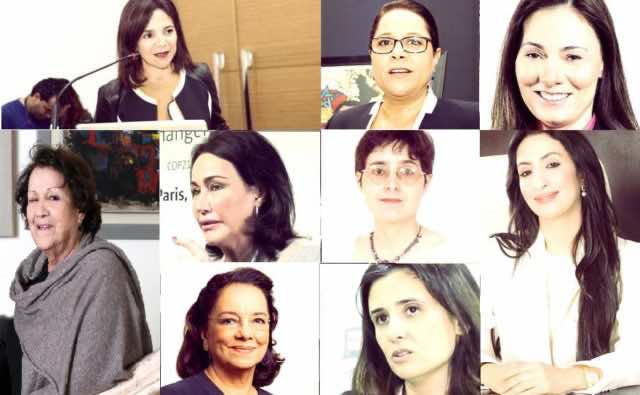 By
Tarek Bazza
-
Tarek Bazza is a journalist at Morocco World News with Master’s degree in Translation from King Fahd School of Translation in Tangier.
Aug 15, 2018
Spread the love

Rabat – The Africa Report magazine has published profiles of the top 50 African influential women in business, including 9 Moroccan businesswomen.

The African magazine published the list Tuesday, August 14, and drew up the profiles along with Jeune Afrique and the Africa CEO Forum.

The businesswomen “shaped their sectors, helped a new generation of female leaders and improved their firms’ profitability,” according to the monthly magazine.

Mama Tajmouati, the most senior businesswoman

Morocco’s Mama Tajmouati, 81, was “the most senior businesswoman” to appear on the list, the magazine said.

Tajmouati is the CEO of Ynna Holding.  In 2016, she inherited the empire of her husband Miloud Chaabi, a prominent Moroccan businessman in Morocco, and continues to invest. The family business includes more than 30 subsidiaries in sectors of real estate, industry, construction, distribution, agribusiness, renewable energy, and social work.

Tajmaouti said in an interview with Telquel that succeeding her husband is “a big responsibility because I must continue his work.”

“I was at his side in every step at the creation of his empire, which we built together. So I was involved in every strategic decision.”

“Miloud began as a shepherd and became a powerful businessman and a political figure,” she added.

In November 2017, Tajmaouti accompanied Morocco’s industry and trade minister and the energy and mines minister to inaugurate two new production units of Gharb Paper Cardboard (known as Gharb Papier and Carton in French), a subsidiary of Ynna Holding, in Kenitra north of Rabat along the Atlantic coast. The plants cost more than MAD 800 million.

Salwa Idrissi Akhannouch, the wife of Morocco’s agriculture minister, Aziz Akhannouch, was also honored by the Africa Report. She is the CEO of Aksal Group, a prominent Moroccan company producing luxury products.

In 2015, Akhannouch was ranked 8th among the 100 most powerful Arab businesswomen according to Emirati weekly magazine Arabian Business.

According to the Africa Report, Aksal “owns a 50% stake” in Morocco Mall.

Possibly the most besieged member of the group, businesswoman Miriem Bensalah Chaqroun is the CEO of Oulmes Mineral Water, which includes bottling brands such as Sidi Ali, Oulmes, Bahia, and others. Sidi Ali is among the three companies which many Moroccans have boycotted since April 20.

Bensalah-Chaqroun is also the director of Holmarcom Group, a Moroccan company operating in finance, agro-industry, logistics, and real estate. Holmarcom Group was founded by Chaqroun’s deceased father Abdelkader Bensalah in 1978.

The businesswoman is also a pilot and golf player, according to the Africa Report.

Another notable Moroccan businesswoman, Lamia Tazi, is the general director of Sothema, a Moroccan pharmaceutical company founded by her father, Omar Tazi in 1976. Sothema has seven fabrication pharmaceutical plants in Morocco and one plant in Senegal. Tazi is also the new secretary general of the Moroccan Association of the Pharmaceutical Industry.

Saida Karim Lamrani, executive vice president of the Holdings Safari-Sofipar-Cofimar Group which operates in real estate, industry, and finance is also head of the SMEIA car dealership company which “has the import rights for Jaguar, Land Rover, BMW and Mazda automobiles.”

Also on the list are Nadia Fassi-Fehri, CEO of INWI, the royally owned telecommunication company in Morocco; Ghislane Guedira, executive vice president and CFO of OCP Group (Office Chérifien des Phosphates), one of the leading producers and exporters of phosphate in the world; and Ghita Lahlo, director of the international Saham Insurance company and of Casablanca’s Central School for engineering. 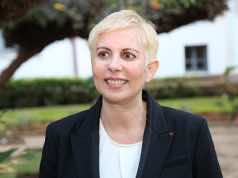