Rabat - Confirming rumors, Madonna has announced she will spend her 60th birthday in Marrakech on social media, calling herself a “BerberQueen.” 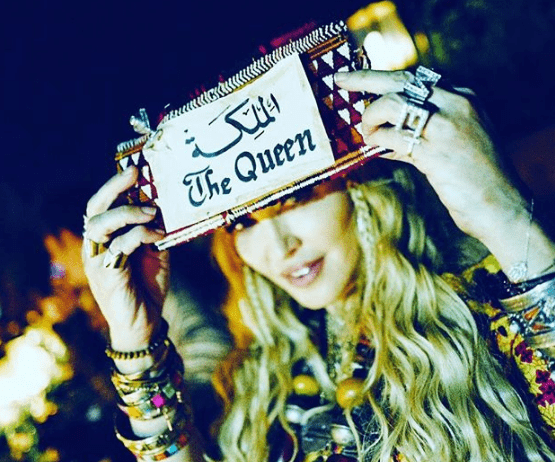 Rabat – Confirming rumors, Madonna has announced she will spend her 60th birthday in Marrakech on social media, calling herself a “BerberQueen.”

After teasing her fans on Instagram with an Amazigh (Berber) tarbouch (fez), the Queen of Pop finally announced she will celebrate her birthday, tonight, in the red city with hundreds of guests.

Walking thru the Labyrinth of the Medina during the Call to Prayer. ?? #birthday #magic #adventure ???

Madonna posted a video on Instagram of herself wandering in the streets of the medina with the the call to prayer sounding in the background.

“Walking thru the Labyrinth of the Medina during the Call to Prayer,” she captioned the video, sharing it with her 11.6 million followers.

The 1980s fashion icon seems to be enjoying her time in Morocco. In another picture, she showed herself again with an Amazigh look calling herself “BerberQueen.”

The mother of four who travelled with her children has also shared with her fans the Moroccan pastries. “Bee’s fly to the Honey in. the Souk!!” tweeted the singer of “La Isla Bonita,” who is promising a memorable birthday party.