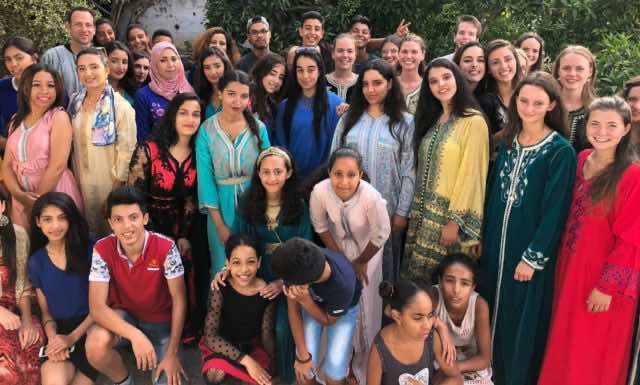 Rabat – Nearly half a million Moroccans residing in Italy have boosted bilateral contacts and generated intercultural projects between the two communities.

Of the approximately 3 million Moroccans living in Europe, almost half a million reside in Italy. This makes Italy, together with Spain and after France, the second most popular immigration destination for Moroccans.

According to the Italian Press Agency ANSA, “Moroccans are currently the largest non-EU immigrant community in Italy.”

Italy continues to be a popular migrant destination for Moroccan residents. Nevertheless, the number of immigrants from Morocco has been decreasing since 2014 when it reached a peak of 454,773, according to the Italian National Institute of Statistics (ISTAT).

Despite the decline, the high numbers of Moroccans in Italy has resulted in strong social interactions and bonds between the countries.

Outside of the migration sphere, the two countries endeavor to engage culturally. With the goal of promoting bilateral friendships, numerous projects have been initiated in recent years for cultural and religious purposes.

One of these projects, “Hallo Ciao Maroc,” was initiated in 2011 to forge intercultural exchanges by Rabat-born Abdelouahed El Abchi, called “Abdel” by everyone in Italy. He moved to South Tyrol, a province in northern Italy, fifteen years ago and has been an Italian resident since.

In 2009 Abdel organized an educational journey to Morocco where he and his colleagues met representatives from the Ministry of Youth and a new Rabat non-profit called Bassma. Bassma is a humanitarian organization concerned with the social development of Rabat’s Youssoufia neighborhood. It was founded in 2009 by a group of volunteers and residents of the neighborhood.

“We then had the idea to organize such an exchange together,” explained Abdel. “We thought it would be a great opportunity for (partly unprivileged) young people to get to know a foreign culture.”

What founders of Bassma had in common was their love for the area they were born and their desire to change the unstable socioeconomic situation of the potentially deprived next generation.

In the beginning, Bassma’s activities were mostly aimed at providing educational support for neighborhood children. The volunteers quickly realized that it was not enough. Bassma then added more services such as medical assistance, a soccer school, and more.

Two years later, in 2011, Abdel launched “Hallo Ciao Maroc” in cooperation with Bassma. Another Italian organization also joined as co-organizers for the project, the independent non-profit Organization for World Solidarity (OEW). In the following years several of their employees accompanied the project in both countries.

Young Italian participants submitted “motivation letters,” and twelve were chosen for the exchange. The project was and is primarily funded by the region of South Tyrol. The teenagers only had to provide a minor financial contribution. 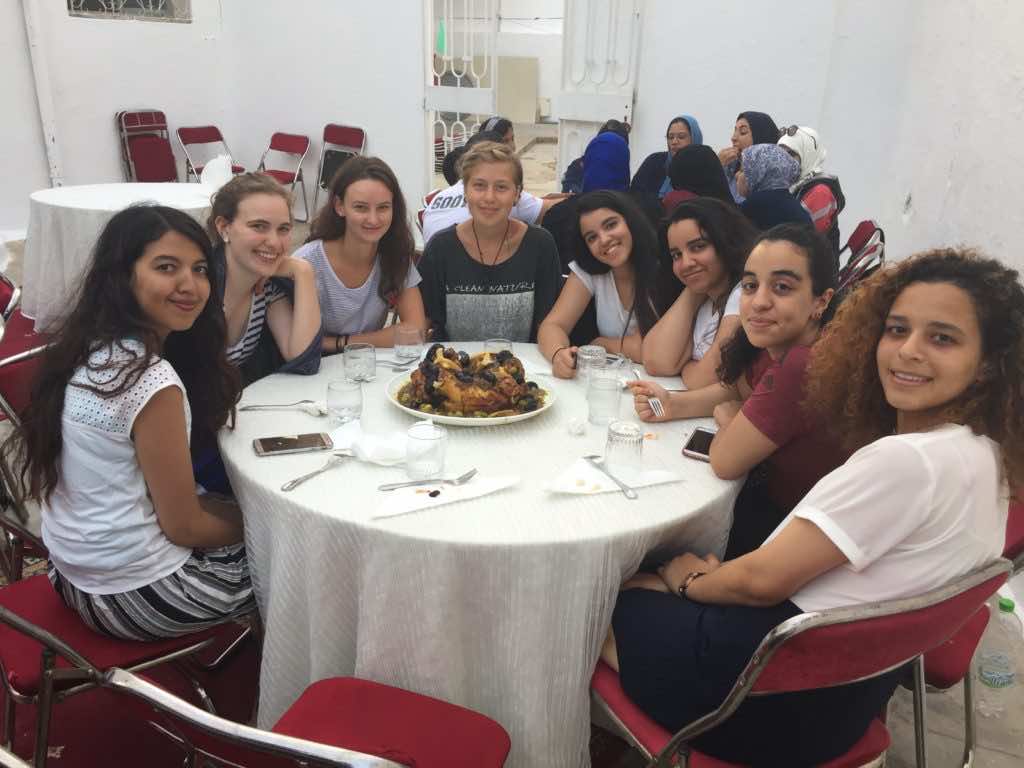 Twelve Italian adolescents journeyed to Rabat where they lived with local host families for a week.  Intercultural talks with the Moroccans filled their mornings and tourist activities their afternoons. The talks covered various topics, and many friendships were formed.

The following year, the exchange was carried out in Italy and supervised by members of Bassma. Twelve Moroccan participants were able to experience the Italian way of life.

“We have seen that they were able to picture their own perception on Italian culture, which for many was limited to the culinary culture,” Bouchaib, one of Bassma’s founders, told Morocco World News.

“They began to take an interest in foreign languages like Italian and English while enrolling in the cultural centers. In short, they have developed a new point of view on Italian citizens.”

Abdel stated that that his primary aim was to bring together Moroccan and Italian adolescents to see that there are not so many differences between them after all.

“They grew up within different systems and they have very distinct cultural backgrounds, but their talks cover the same topics, they have similar worries and visions for their future. They have a lot more things in common than one would imagine.” 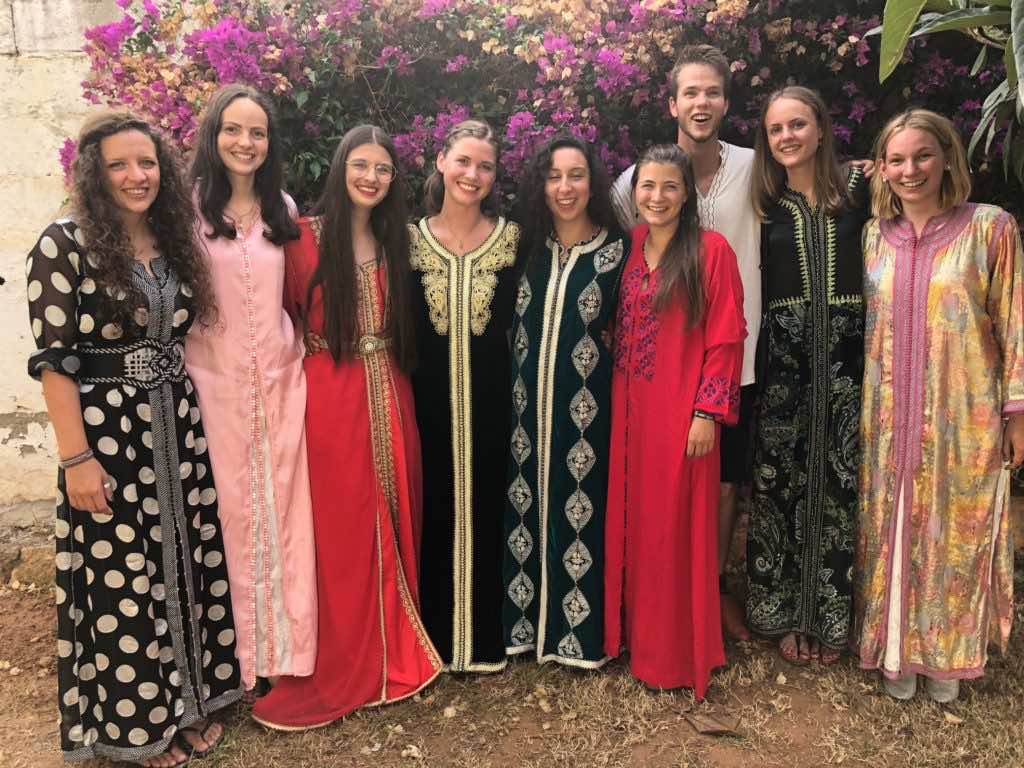 Abdel also wanted the Italian group to dismantle possible stereotypes about Moroccan culture while experiencing it firsthand and to sensitize other teenagers, their families, and other people in their surroundings. They should become “multipliers for a peaceful life and a successful integration of migrants in Italy.”

Abdel considers both Morocco and Italy his home country. “For me home is not geographically defined. It is not a country but a feeling. I feel at home where I feel loved, respected and where I have friends and social contacts,” Abdel explained. “Obviously I am still very connected to Morocco, as I was born there.”

Abdel first had the idea of creating an intercultural exchange between his birth country and his adopted one after residing in Italy for a few years. As he works at the South Tyrol Department of Youth, it seemed natural for the project to involve young people.

A need for greater interaction

Italy and the North African country have shared a considerable amount of history in the past centuries. Many North Africans regard Italians more as Mediterranean neighbors than as Europeans, and therefore more similar to them than other European communities. Consequently, Italians are seen in a generally amicable light. This applies no less to the most western of the North African countries: Morocco.

Although some Moroccans began migrating in the mid-1970s, it was not until the 1990s that Moroccan migration to Italy reached significant levels.

In 1990 Italy joined the Schengen visa regime. From then on, Moroccan migrants were required to present a visa in order to enter Italy. In 1995, Italy introduced annual quotas for workers not originating from an EU-country.

Various mischiefs such as bureaucratic delays in issuing authorizations for work permits contributed to the continuation of irregular migration. The quota for Morocco nonetheless never exceeded 4,500 per year.

In the past years efforts have been made to facilitate the practice of Islam in Italy. The ability to practice Islam was a challenging issue for not only Moroccan Muslims, but for the entirety of Muslims living in Italy. A major milestone was reached when the “Mosque of Rome” was constructed. Construction began in 1984 and was completed in 1994. The mosque is Europe’s largest.

Another problem Muslims in Italy face is the lack of professional training for imams. Most operating imams have had no proper training before starting their preaching.

The mosque’s construction and the recent implementation of the new major for Islam studies are just two examples of how Muslim integration in Italy is being promoted.

Another project, the “Festival Italo-Marocchino” aims at celebrating the bonds between the two communities. Moroccans and Italians should benefit from the different gatherings the festival has to offer. Taking place in the North Italian city of Treviso, it is a primarily cultural endeavor.

The festival boasts numerous sporting and cultural activities, discussion meetings, and cinema screenings. According to Abdallah Kerzaji, president of the “Festival Italo-Marocchino” association, the objective is to “promote and consolidate the former social, cultural and economic relations between the two countries and between the Moroccan immigrants in Italy and the locals.”

While “Hallo Ciao Maroc,” the Mosque of Rome, and the Festival Italo-Marocchino might only be small pieces in the big puzzle, there are numerous other fruitful efforts being made to both enhance and encourage the need for intercultural exchange. 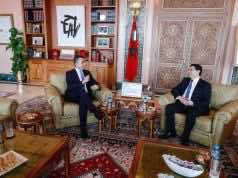