Rabat- A Spanish-Moroccan security unit arrived in Syria to interview Moroccan women previously involved with ISIS in order to repatriate them. 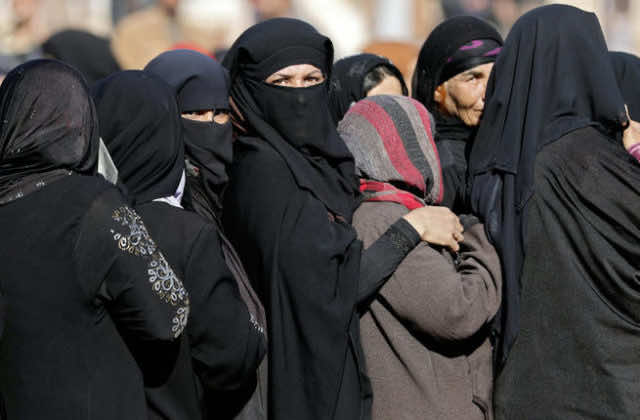 By
Ahlam Ben Saga
-
Ahlam Ben Saga is a Cultural Studies graduate from university Mohammed V of Literature and Humanities in Rabat.
Aug 18, 2018
Spread the love

Rabat- A Spanish-Moroccan security unit arrived in Syria to interview Moroccan women previously involved with ISIS in order to repatriate them.

Moroccan human rights activists called for the country to repatriate the Moroccan women who had escaped ISIS after joining the group. The women and their children are stranded in refugee camps of the war-torn northern Syria.

As part of the repatriation procedure, the security team arrived earlier this week to investigate the women’s relationship with ISIS, the National Observatory for Human Development (ONDH) announced on Wednesday.

“The security intelligence team called the women individually and interrogated them beginning from the time they adopted the radical ideology to the moment they joined ISIS and fell in the hands of the Democratic Federation of Northern Syria’s forces,” ONDH stated.

The head of ONDH, Mohamed Ben Aissa, told Moroccan news outlet Yabiladi that the investigations focused on the role the women played when they were with ISIS, and how they managed to escape the organization.

“These interviews lasted for several hours, given the sensitive nature of the matter. Investigators have been following closely the journeys of these Moroccan women,” he said.

Aissa also said that there are approximately 200 Moroccan women in the refugee camps of the northern Syrian federation. The women are in a fragile psychological state because of ISIS’ threats and the harsh treatment they received.

Some of the women are wives of ISIS fighters who joined the terrorist organization along their husbands.

The Iraqi government decided to repatriate the wives and children under the age of 15 of Moroccan ISIS fighters after the terrorist group was defeated in Iraq at the end of 2017.

The operation was carried out in coordination with the United Nations. However, no female ISIS fighters were repatriated.

Moroccan ISIS fighters returning to the kingdom typically receive sentences ranging from 10 to 15 years in prison, according to Morocco’s law regarding ISIS returnees established in 2015.

According to the head of Morocco’s Central Bureau of Judicial Investigations (BCIJ), Abdelhak Khiame, there are approximately 1,660 Moroccan fighters affiliated with ISIS and other transnational terrorist networks.