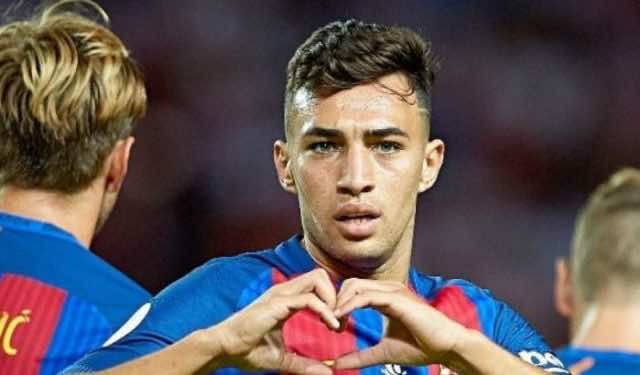 According to Spanish outlet El Mundo Deportivo, the leader of the Spanish club, Eric Abidal, affirmed to the young player Abidal’s desire to keep El Haddadi, rather than loan him to another club.

The French sports secretary, confident of El Haddadi’s abilities, has high hopes to see him rise this season, despite the fact he sat on the bench for two seasons between 2015 and 2017.

But El Haddadi played under the colors of Alaves, where he was loaned, last season and scored 10 goals. His improved performance had raised the interest of French clubs, such as Lille and Olympique Marseille.

During his youth, the footballer also played for several Spanish clubs, including Atletico Madrid, FC Valencia, and Rayo Majadahonda.

Born to Moroccan parents in Spain, El Haddadi represented the Spanish national under-19 team and under-20 team. He made a brief appearance on the pitch as a substitute at an international game against Macedonia in 2014. His appearance then ruined his chances to represent the Moroccan national football team, according to FIFA eligibility rules.

In 2017, El Haddadi urged Morocco to help him convince FIFA to let him switch sporting nationalities and play with Morocco. The Royal Moroccan Football Federation (FRMF) asked FIFA to let El Haddadi play for Morocco in the 2018 World Cup.

The FIFA Players’ Status Committee ruled that El Haddadi’s sporting nationality could not be changed from Spain to Morocco March 13.

When the decision was appealed, the Court of Arbitration for Sport (CAS) confirmed the FIFA ruling with a verdict in May.