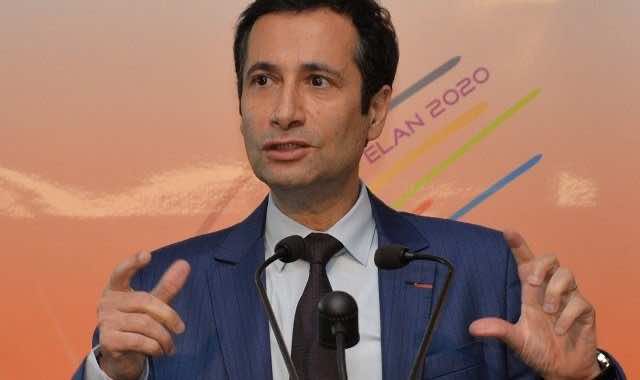 The decision came 20 days after the King sacked Boussaid on August 1.

On August 6, Morocco’s official gazette recorded that the King appointed Abdelkader Amara, minister of equipment, transport, logistics, and water as an interim minister of the economy and finance.

A statement from the Royal Cabinet said today that the King received Benchaaboun on Monday at the Royal Palace in Rabat in accordance with the provisions of Article 47 of the Constitution.

The King appointed Benchaaboun at the proposal of Head of Government Saad Eddine El Othmani.

Born in 1961, Benchaaboun received his undergraduate degree from Telecom ParisTech. He is the chairman and managing director of Morocco’s Centrale Populaire Bank.

The official also served as the president of the French-speaking network of Telecommunications Regulations (FRATEL) between 2005 and 2006.

In the nearly three weeks since, no details have been revealed regarding Boussaid’s dismissal.

After the royal decision to sack Boussaid, the government refused to give a statement on the King’s order.

Government Spokesperson Mustapha El Khalfi told the press after a weekly cabinet meeting that he had “nothing to add to the royal statement.”

Today, the King also agreed to a proposal by El Othmani to remove “the Secretariat of State in charge of Water at the Ministry of Equipment, Transport, Logistics, and Water and the transfer and integration of all its responsibilities within the structures and prerogatives of this ministry.”

According to the statement, this decision aims to improve the governance of water projects and their effectiveness and efficiency and to reinforce the complementarily between the different water services under the ministry.

The monarch devotes special importance to the issue of water as Morocco suffered a major water shortage, especially in rural areas.

On his Throne Day speech delivered on July 29, the King underscored the importance of water and its preservation. The King emphasized his determination to address issues relating to water resources for the next 30 years.

He said that water “plays a fundamental role in development and stability.”

“Almighty God says: ‘We made from water every living thing,’” said the monarch in his previous speech.

The King also urged his government to take urgent measures to deal with “emergencies that arise from a lack of access to drinking water and to water for irrigation and livestock, especially during the summer.”

“To this end, I have always stressed the need to maintain the policy of building dams—a sector in which Morocco is a pioneer,” he added.