Rabat- King Mohammed VI has removed the Secretariat of State in Charge of Water, headed by Charafat Afilal, at the proposal of the head of government. 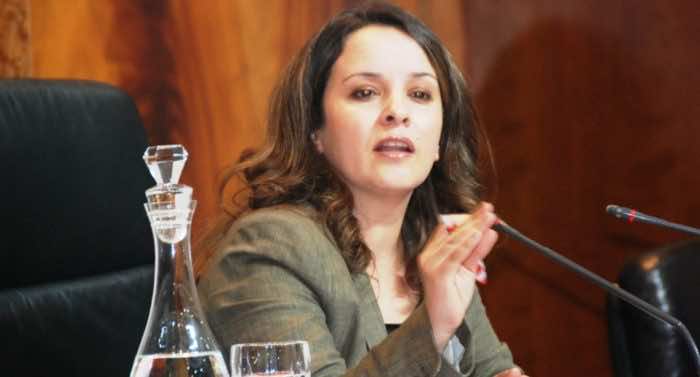 By
Ahlam Ben Saga
-
Ahlam Ben Saga is a Cultural Studies graduate from university Mohammed V of Literature and Humanities in Rabat.
Aug 21, 2018
Spread the love

Rabat- King Mohammed VI has removed the Secretariat of State in Charge of Water, headed by Charafat Afilal, at the proposal of the head of government.

Head of Government Saad Eddine El Othmani recommended the King incorporate the secretariat into the Ministry of Equipment, Transport, and Logistics, with the aim to improve the management of water-related projects in the kingdom. The King claimed water issues are of “high importance” to him.

The decision was also made to “enhance integration and consistency between all the bodies concerned with water management in the ministry,” according to the communique of the Royal Palace released on Monday, August 20.

The dismissal of Charafat Afilal and her department is another surprise move after the sacking of the minister of economy and finance, Mohamed Boussaid. The King appointed Mohamed Benchaaboun to replace Boussaid, at the proposal of El Othmani.

In accordance with the King’s powers in Article 47 of the 2011 constitution, the King sacked Boussaid on August 1. Boussaid was sacked after the head of the Court of Auditors, Driss Jettou, and the head of Bank al Maghrib, Abdellatif Jouahri, presented reports on the eve of Throne Day, July 29.

The annual reports on Morocco’s financial situation in 2017 focused on the management of the accounts handled by all ministers, revealing management dysfunctions in more than 100 accounts by general directors, senior officials, and ministers.

Also in August, the government sacked 76 officials, including accountants and presidents of municipalities, provinces, prefectures, and regional councils, for bad management.

Morocco’s water projects, such as Al Hoceima Manarat Al Moutawsit projects in the the northern Rif region, are set to improve the potable water situation in the country.

With respect to potable water supply in urban areas, Morocco’s National Office of Electricity and Drinking Water (ONEE) will invest MAD 300 million to carry out potable water projects until 2035. ONEE aims for water flow speed to reach 200 liters per second.

To raise public awareness of the importance of water and its conservation, the King has ordered the government to launch an awareness campaign in partnership with NGOs and other institutions.