Rabat - Morocco celebrates Youth Day on August 21 to commemorate the struggle of the Moroccan youth who were actively involved in achieving independence.

By
Tarek Bazza
-
Tarek Bazza is a journalist at Morocco World News with Master’s degree in Translation from King Fahd School of Translation in Tangier.
Aug 21, 2018
Spread the love

Rabat – Morocco celebrates Youth Day on August 21 to commemorate the struggle of the Moroccan youth who were actively involved in achieving independence.

The day is also a landmark to celebrate past youth’s contributions to the strength of the kingdom in all aspects of society and the younger generation’s contribution today.

Youth Day is celebrated on King Mohammed VI’s birthday, August 21. King Mohammed VI was born on August 21, 1963. He is the twenty-third King of the Alaouite dynasty. He ascended to the throne on July 23, 1999, upon the death of his father, the late King Hassan II.

Before Mohammed VI’s ascension to the throne, Youth Day was celebrated on July 9, the day Hassan II was born.

When Mohammed VI was crown prince, King Hassan II entrusted him with many tasks and appointed him as an envoy to the leaders of brother countries. He also participated in many forums, at the national, Arab, Islamic, African, and international levels.

At the age of four, King Mohammed VI accompanied his father on an official visit to the US February 9-10, 1967.

King Mohammed VI made a tour of African countries, from July 23 to 30, 1980, where he met with the presidents of Senegal, Guinea, Côte d’Ivoire, Cameroon, and Nigeria. He delivered personal letters from his father, King Hassan II.

He also presided over the Moroccan delegations which participated in several international and regional conferences, including:

King Mohammed VI attended Qur’anic school at the Royal Palace at the age of four. He then completed his primary and secondary studies at Royal College.

In 1981, the King obtained a baccalaureate degree and then his bachelor’s degree in law in 1985 from Mohammed V University in Rabat. His research paper focused on “the Arab-African Union and the Strategy of the Kingdom of Morocco in matters of International Relations.”

On November 26, 1985, the monarch was appointed colonel major of the Royal Moroccan Army (FAR).

In 1987, the monarch received higher studies certificate (CES) in political sciences and then obtained a Master of Advanced Studies (DEA) in public law in 1988.

In 1993, the King received his PhD in law with distinction from University of Nice Sophia Antipolis in France for his thesis “EEC (European Economic Community)-Maghreb Relations.”

He then served as the coordinator of the Offices and Services of the Royal Armed Forces until 1994, when he became commander in chief of the Royal Moroccan Army. 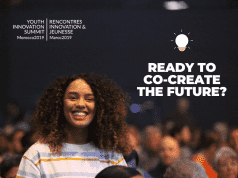 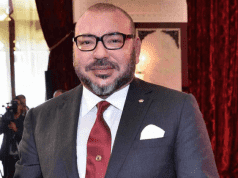