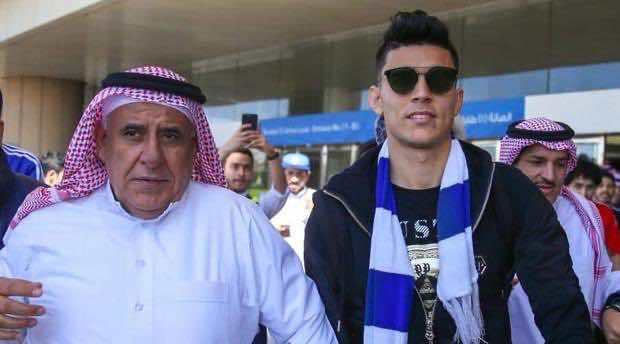 A former Casablanca Wydad footballer, Bencharki joined Al Hilal in January. He is now rumored to be arriving in France to join RC Lens on Friday, according to Lensois.com, a sports outlet devoted to the French team.

Some Moroccan press, including Radio Mars station, confirmed the news, emphasizing that Bencharki will officially leave Al Hilal on Friday.

Lensois added that several other international football teams are interested in the Moroccan player, including Spain’s le Rayo Vallecano.

Arriving in Saudi Arabia in January, the footballer has scored seven goals.

The footballer may also join Morocco’s national team, the Atlas Lions, in the 2019 Africa Cup of Nations.

Morocco’s head coach, Herve Renard, has not yet revealed his official list of footballers who will play in the qualifiers of for competition, which will start in September.

Bencharki’s transfer to the Saudi club made headlines, creating a heated debate between those who support his move and those who advised him to turn down the Saudi offer.

Many news outlets reported that Herve Renard was not supportive of the striker’s transfer to Al Hilal.

Bencharki’s performance with Wydad of Casablanca in the African Champions League in 2017 received wows.

Bencharki played a key role in helping his team win the continental title by scoring five goals in the tournament.

Bencharki also represented Morocco in the African Nations Championship (CHAN) 2018, which took place in Morocco from January 13 to February 4.

Bencharki scored a magnificent goal in Morocco’s opening match of the tournament against Mauritania. Morocco went on to win the championship title.