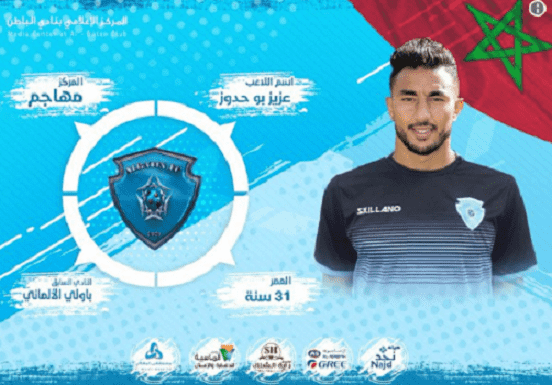 The club wrote that the transfer was signed, owing to the support of Turki Al Sheikh, the president of Saudi Arabian Football Federation.

Bouhaddouz, who left FC St Pauli for Saudi Arabia’s Batin, also played with the Atlas Lions in the 2018 World Cup.

The footballer, however, scored an own goal against Morocco in its first World Cup game against Iran in the final minutes of the game, which ended 0-1.

The Atlas Lions left the tournament after the first round. Many Moroccans felt the team was unlucky in referees’ use of video assistant referee (VAR) in the country’s other two games against Portugal and Spain.

Bouhaddouz started his career with FC Dietzenbach and moved in 2004 to play with SpVgg 03 Neu-Isenburg. The footballer then spent three seasons with FSV Frankfurt.

Saudi Arabia’s Al Hilal also signed Achraf Bencharki in January from Wydad of Casablanca. However, the footballer may leave the Saudi team to join France’s RC Lens in the coming days.

However, Saudi Arabia does not seem to be a favorite destination for Moroccan football fans as they believe that the teams are not strong enough to help them in their careers.