Rabat - Moroccan footballer Abdelhak Nouri is seeing the light again. The Ajax Amsterdam midfielder has finally woken from a coma one year after his collapse on the pitch. 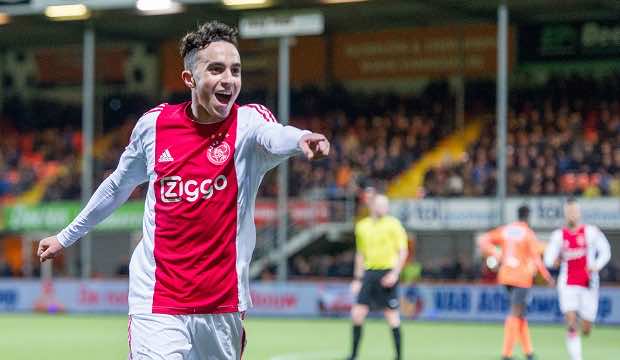 Rabat – Moroccan footballer Abdelhak Nouri is seeing the light again. The Ajax Amsterdam midfielder has finally woken from a coma one year after his collapse on the pitch.

Nouri, who is still suffering from serious and irremediable brain damage, collapsed on July 8, 2017, during a friendly match between his club Ajax Amsterdam and Werder Bremen in Austria. “Appie,” as he is also called, was suffering from heart disease.

According to Abderrahim Nouri, the player’s brother, who spoke to Dutch channel NOS, Monday, August 20, the player’s “health is better than a few months ago.” He is now “quieter” and able to recognize and communicate with his family, who “stays with him 24 hours a day.”

“His neurological state is better than a few months ago. Physically, it’s hard, it does not move the body, just the head. By gestures, you can communicate with him,” added his brother.

However, Nouri depends on assistance to bathe and get into his wheelchair.

In January, Dutch media revealed that Nouri’s collapse was caused by heart rhythm problems. According to Dutch daily NRC Handelsblad, tests conducted in April 2014 by Ajax revealed the Dutch-Moroccan footballer had a heart disorder.

The collapse shocked his family, friends, teammates, and club, leading international footballers to show solidarity and support for the young player and his family.

Several months into Nouri’s hospital stay, Ajax fans gathered together outside the Nouri family home, showing support and sympathy for the player’s family and holding signs with the #StayStrongAppie slogan.

The footballer was one of the most talented young players in the Netherlands. He started his youth career in 2005 at the age of 7 and played for the Netherlands Under 15, Under 16, Under 17, Under 18, and Under 19 teams.