Rabat - Al-Baghdadi, ISIS leader and self-proclaimed caliph, has purportedly broken a year of self-imposed silence and seclusion, calling on his followers to “persevere” and “fight infidels.” 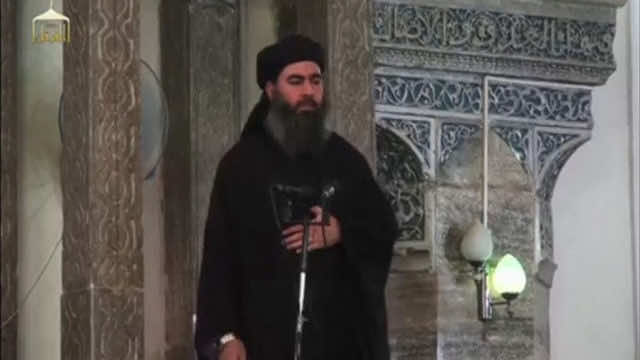 Rabat – Al-Baghdadi, ISIS leader and self-proclaimed caliph, has purportedly broken a year of self-imposed silence and seclusion, calling on his followers to “persevere” and “fight infidels.”

The self-styled Islamic State (ISIS) released an audio recording Wednesday of a purported speech by al-Baghdadi. The group’s leader has kept a low profile since the first half of 2017 due to the heavy and sustained air raids by the US-led international coalition.

In the recording, the self-proclaimed caliph is heard instructing jihadists around the world to “persevere” in spite of recent losses against “infidels.”

“For the Mujahideen [holly warriors] the scale of victory or defeat is not dependent on a city or town being stolen or subject to that who has aerial superiority, intercontinental missiles or smart bombs,” Reuters quoted the released recording as saying.

“Oh Caliphate of soldiers trust in God’s promise and His victory for with hardship comes relief and a way out.”

If authenticated, the speech may put at rest doubts about whether the terrorist leader is still alive.

In the heat of the international anti-terrorism campaign in June 2017, Russian army officials proclaimed that al-Baghdadi may have been killed in one of Russia’s air raids that targeted a gathering of senior ISIS leaders in the vicinity of Raqqa, a Syrian city where ISIS had established its capital.

A month later, the Syrian Observatory for Human Rights, a London-based advocacy group, confirmed the news of the terrorist leader’s death, claiming that he may have been hit in eastern Syria.

The US, however, cast doubt on the narrative, with top American officers saying that it was highly probable that al-Baghdadi, who survived the Battle of Raqqa, the fifth and final anti-ISIS campaign that saw the terrorist group withdraw from the city, may be hiding in the Euphrates River Valley in eastern Syria.

According to the report, ISIS has found a way to survive, remaining dangerous despite heavy defeat at the hand of the international coalition.

The report estimated that the terrorist group still has up to 30,000 jihadists disseminated mostly in the Middle East and in small cells in cities around the world.

It also warned that although ISIS’s military and organizational power has been greatly affected by the international coalition, transforming the group from “proto-state” to “terrorist network,” it is far from completely defeated and continues to pose a serious threat to regional and global stability.

“Despite the damage to the bureaucratic structures of the so-called ‘caliphate,’ the collective discipline of Isil is still intact,” the report said. It added, concerning al-Baghdadi: “Although he is reported to have been injured, Abu Bakr al-Baghdadi remains in authority.”