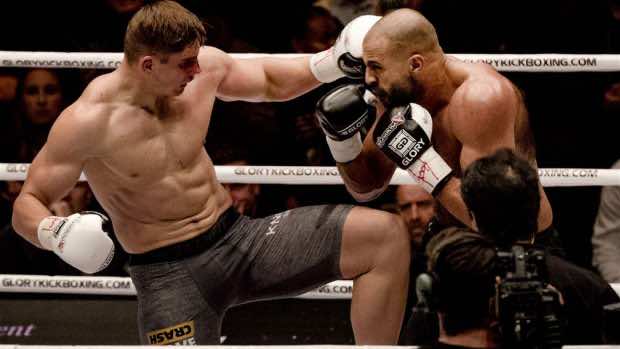 People call Hari “the bad boy,” in reference to his troublesome past. He calls himself “the best, number one, the absolute best.” Badr Hari, one of the most celebrated kickboxing heavyweight fighters wants to prove to the world that he is the champion.

“I don’t like retrospectives because there is still much work (KOs) to be done but it seems to be a (funny) list day…. Unreachable Bad Boy. There will be no loophole for my opponents,” wrote the 33-year-old athlete to his 1.7 million followers, citing all the fights that he has won.

I don’t like the retrospectives because there is still much work (KOs) to be done but it seems to be a (funny) list day… To be completed: ?Hesdy Gerges ?Ismael Londt – KO ?Stefan Leko – KO ?Alexey Ignashov ?Ruslan Karaev – KO ?Gokhan Saki – TKO ?Alistair Overeem – TKO ?Semmy Schilt – KO ?Peter Aerts – TKO Unreachable Bad Boy. There will be no loophole for my opponents.

Receiving the message loud and clear, it did not take long for Verhoeven to respond to his opponent. “Unreachable bad boy that’s exact what you are when they call you for the big fight……get to training and let see how long you last this time.”

Hari was defeated in 2017 by Verhoeven. He lost due to a bad injury during the second round.

Following the rumors of a revenge fight in September between the two boxers, Hari wanted to make things clear, answering Verhoeven’s comment.

“Dear Rico, don’t try to feed a false rumor : there was NEVER any discussion regarding a fight in September. How can you imagine that you would have been the 1st fighter on the poster in such case ? Don’t forget who’s the boss.”

“Enjoy your next fight and if all the required conditions are met to recall you who’s Badr Hari, then I will be more than enthusiastic to show you that you have all the qualities to integrate my long prestigious list of victories,” he added.

Badr Hari is a famous Moroccan-Dutch kickboxing heavyweight fighter at the international level. He won the 2014 GFC Fight Series 1 Heavyweight Tournament in Dubai and was a runner up in the 2009 K-1 World Grand Prix Final in Japan.

In his most recent fight on March 4, Hari beat his opponent Hesdy Gerges in Rotterdam, Netherlands. In his 120 qualified fights, Hari has had 107 wins and 13 losses; he also fought in 2 disqualified matches.

The Moroccan kickboxer is also known for his charitable donations for Moroccan causes, especially for the inhabitants of his native city Kenitra, near Rabat.