Rabat - FIFA has banned Jibril Rajoub after he called fans to burn Messi shirts and pictures if he played in a (later canceled) Argentina-Israel friendly match in June.

Rabat – FIFA has banned Jibril Rajoub after he called fans to burn Messi shirts and pictures if he played in a (later canceled) Argentina-Israel friendly match in June.

According to a statement published by FIFA on Friday, August 25, the head of the Palestinian Football Association’s statements “incited hatred and violence.”

Rajoub, according to FIFA, is subject to a 12-month match suspension and a fine of CHF 20,000 for violating Article 53 of the FIFA Disciplinary Code, which deals with the incitement of hatred and violence.

“The 12-month match suspension imposed on Mr Rajoub entails a ban on taking part in any future match or competition taking place during the given period,” said FIFA.

In June, Rajoub requested the Argentinian football federation cancel their national team’s friendly game with Israel. He also called on football fans, supporting the Palestinian cause, to burn Messi’s shirts and photos.

Palestinian officials claimed in June that Israel would use the match, expected to feature Barcelona’s superstar Messi, for political motives.

“The Israeli government has turned a regular sports match into a political tool. As was widely covered by the Argentinean media, the match will celebrate the 70th anniversary of the state of Israel,” Rajoub wrote to Argentina’s football federation.

“We call on everyone to burn his pictures and shirts and to abandon him. We still hope that Messi will not come,” he told reporters.

The FIFA ban sanctions the head of the Palestinian football federation from attending football games or competitions “in any official capacity, which includes, among others, participating in media activities at stadiums or in their vicinity on matchdays.” 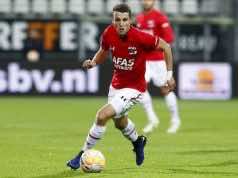