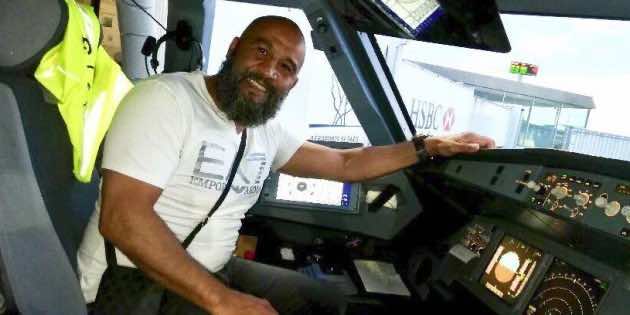 By
Ahlam Ben Saga
-
Ahlam Ben Saga is a Cultural Studies graduate from university Mohammed V of Literature and Humanities in Rabat.
Aug 28, 2018
Spread the love

Sahibbedine recounted the story to his friend, Arnaud Romera, a sports journalist, who was the first to share it on social media:

It all started Friday, August 24, on a Lufthansa flight from Munich to Paris when a passenger threw an angry tantrum. The passenger became aggressive with a flight attendant who refused to serve him any more alcohol, and the 46-year-old French-Moroccan knew that it was time to intervene to save the plane’s 200 passengers.

First, Sahibbedine tried to talk the angry passenger into calming down, pulling the curtains at the front of the plane to prevent passengers from panicking. However, the situation nearly got out of hand.

The boxer noted to news outlets France Info and le Parisien that the aggressive passenger, who appeared to be in his 20s, had the attitude of a mentally unstable man.

The aggressor, threatening to open the cabin door and hijack the plane, was about to attack the cockpit when the boxer tackled him to the ground. Other passengers joined in the effort and immobilized the young man.

“I didn’t have time to be afraid…. I told him if you move, I’ll break your jaw,” Sahibbedine stated.

Following the incident, French police reportedly sent the passenger to undergo a psychiatric test as part of their investigation.