Rabat - Several parents of suspects arrested for kidnapping and raping Khadija, a 17-year-old, have given their side of the story. 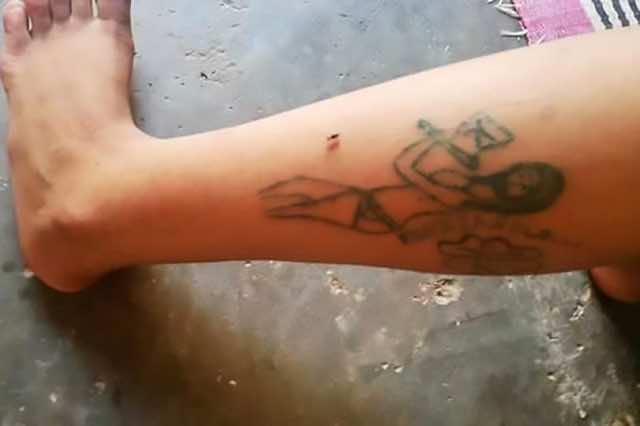 Rabat – Several parents of suspects arrested for kidnapping and raping Khadija, a 17-year-old, have given their side of the story.

In an interview with news outlet Soltana, the mother of two suspects—Mohammed and Radouane—in the rape case, asserted that the teenager’s story is far from the truth.

The story of the young girl’s ordeal in Oulad Ayad, a small town near Beni Mellal in central Morocco, had made the headlines, stirring up controversy on social media.

In an interview with Chouf TV, the young lady recounted her version of the story, explaining that she was at her aunt’s house when she was kidnapped in front of the house.

She recounted that the men who took her raped her first before holding her captive in a house where she was handed over to other men for money.

“She has a bad reputation in Oulad Ayad, everyone knows that she drinks, she smokes, and she even burns herself with her cigarettes,” said the mother. She also claimed Khadija was the one who asked for the tattoos and they were not forced on her by anyone.

In addition, the mother claimed that the girl was forced by her own mother, who is a prostitute, to do the same. Khadija “was always saying that once she will be done with the single boys she will hit on the married ones.”

“If she was really a victim, she would have taken my sons to the police station and I would have defended her myself. She wanted this, she was always knocking on my door asking if my son was home.”

The father of another suspect explained that Khadija’s father, who knew she had disappeared for two months, did not think of calling the police.

“We have authorities in our region, he should have filed a complaint. I can’t understand why he kept silent while his daughter was missing for two months.”

Concerning the tattoos, the suspect’s father claimed that Khadija was tattooed by a tattoo artist. He said that she had been tattooed for a long time.

In addition, the families of the alleged perpetrators claimed that the victim was encouraged by associations to make the accusations.

Khadija explained that she tried to escape several times, but each time she was caught and tortured. “They didn’t give me food or drink, and I was not even allowed to take a shower.”

Following her statement, Moroccans have addressed a Change.org petition to King Mohammed VI and public authorities to restore Khadija’s dignity. The hashtag #JusticePourKhadija (Justice for Khadija) was also created by social media users in support of the victim.

Police have arrested nine of the alleged perpetrators and are currently searching for other abusers.