Rabat - Moroccan novelist and filmmaker Abdellah Taia has expressed his anger over the case of Khadija, the 17-year-old who was allegedly kidnapped and repeatedly raped in central Morocco. 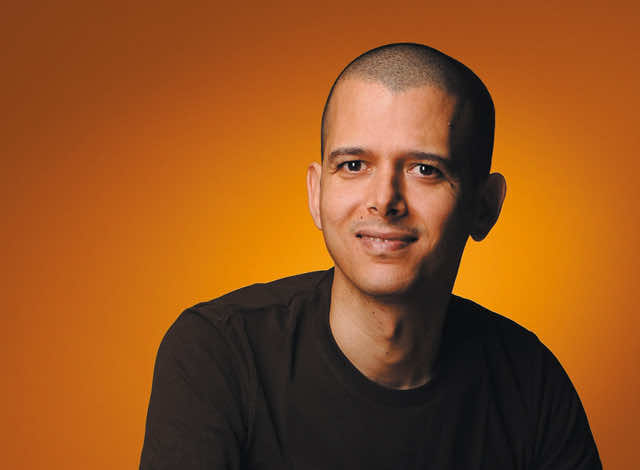 Rabat – Moroccan novelist and filmmaker Abdellah Taia has expressed his anger over the case of Khadija, the 17-year-old who was allegedly kidnapped and repeatedly raped in central Morocco.

In a fiery article titled, “We are all Khadija,” Taia wrote a scathing critique of Moroccan gendered mores, accusing the whole society of condoning and legitimizing the physical plight and psychological wounds of girls like Khadija, who said she was held captive for two months: kidnapped, raped, tortured, and tattooed.

“Once again horror. Once again the banalization of Moroccan women,” the novelist wrote. He went on to make his central points: the guilty silence of all Moroccans, the male thirst to tame and regulate the female body, and the fleeting mass indignation that solves nothing.

However outrageous Khadija’s suffering and internal wounds may be, Taia suggested authorities and families would do no nothing to prevent what happened to Khadija. And while people may complain for weeks or months on social media, he said, “Everyone will forget about Khadija and life will go on as usual.”

“This is unfortunately a matter that may be forgotten next week. Or perhaps next month. We will pass on to something else. There will be another cause for collective uproar. Nothing will be done. Society will not even try to find a solution. That’s how it is, don’t be surprised. This is not life, it is a jungle. And, as always, women are the ones who pay the hefty price of a dysfunctional society that refuses to grow up.”

Although cases of repeated rape and toxic masculinity are not new to the Moroccan society, Taia argued that the way Khadija’s rapists behaved has brought about “a whole new dimension of the unspeakable.”

More than a crime and an outrage, what Khadija’s rapists did is to defy the whole Moroccan society, Taia wrote.

According to Taia, the tattoos left on Khadija’s body are not merely symbolic, nor are they signs of mental disorder or any other illness on the part of those who performed them. Instead, they are a firm message of deviance and mockery to Morocco: “Yes, we are rapists. Yes, this woman has no value. Yes, we are savages. Yes, you are right, we are criminals.”

“Now what will do to us? Are you going to punish us? Put us in prison? Re-educate us? We will do it again, and you know it.”

Taia also criticized the attitude of Khadija’s parents, who, he suggested, should have taken the case to the authorities rather than trying to keep the matter to themselves.

However, he wrote, their behavior is understandable. Like many Moroccans, “they are poor among countless poor people that nobody cares about,” and they wanted to shield their daughter from society’s wrath, “from shame.”

Throughout the article, Taia repeatedly made the case of Morocco’s double standards and tradition-backed discrimination when it comes to women’s rights and female bodies.

He suggested that both a highly publicized case of a girl who was sexually assaulted on a bus in Casablanca in the summer of 2017 and Khadija’s plight are part of a socially dominant trend where collective rapes and public humiliation of women constitute a display of male virility.

Citing the case of singer Saad Lamjarred, who is again in trouble for a rape allegation, Taia said that many Moroccans still believe that to be a man is to be obsessed with the female body, to want to control it, and to make it subject to one’s desires.

“This Khadija is just a woman,” Taia wrote, in a novelist’s attempt to capture what the rapists and their defenders could say in response to the uproar the incident provoked. “Do not exaggerate. Just a woman. We wanted to get some taste of paradise. That’s all.”

Taia concluded with a clarion call, urging Moroccan citizens and government institutions to do something that can bring about change instead of making “circumstantial condemnations” and comments that do not change reality and wither away as soon as another incident erupts.

“It is now more than ever urgent to rethink the social contract that binds us. We cannot wash our hands of the Khadija affair. It is certain that there are other Khadijas in Morocco,” Taia wrote.

The trauma and the horror that Khadija and her family are going through, Taia concluded, should be a burden that all Moroccans ought to share and be concerned about, because in countries like Morocco still fighting for the recognition of many basic rights—for women—and the emergence of a truly democratic society, “The downfall of one is the downfall of the whole country.”