Rabat - King Mohammed VI has sent a message of condolence and compassion to the family members of the late US Senator John McCain.

Rabat – King Mohammed VI has sent a message of condolence and compassion to the family members of the late US Senator John McCain.

McCain died on Saturday at the age of 81. He spoke out for the world’s longest-held POWs, Moroccan soldiers in Tindouf.

In 2005, McCain called for the release of more than 400 Moroccan POWs who were still detained by the Polisario Front in Tindouf in western Algeria, years after an agreement had been signed to exchange POWs in 1991.

On August 18, 2005, Polisario released the Moroccan POWs to the Red Cross. They were later flown to Agadir aboard a US piloted aircraft and were welcomed by King Mohammed VI.

In the message, the sovereign expressed to the family members, friends, and relatives of the late senator his heartfelt condolences and sincere feelings of compassion, asking God to give them patience and comfort.

In these painful circumstances, King Mohammed VI recalled with appreciation the human qualities, patriotism, and commitment of Senator McCain for world causes, pointing out that Morocco had “lost a great friend with whom the Kingdom had close ties based on mutual esteem and the common pursuit of humanistic ideas.”

McCain was a prisoner of war (POW) in Vietnam for more than 5 years. During the war in Vietnam, McCain was a bomber pilot, and he was captured when his plane was shot down in 1967.

McCain refused to be released from the Hanoi Hilton prison until his fellow prisoners were freed with him. It was an action that showed McCain’s selflessness and heroism in the eyes of many Americans.

In 2008, McCain ran for president in the US as a maverick Republican. During McCain’s presidential campaign, he respected his opponent, Barack Obama.

One voter told McCain, “I can’t trust Obama… he’s an Arab.” With characteristic integrity, McCain responded, “No ma’am, he’s a decent family man and citizen that I just happen to have disagreements with on fundamental issues, and that’s what this campaign’s about.” 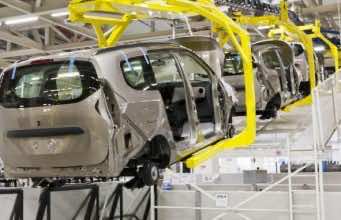