Rabat - Spanish authorities are allegedly worried that pardoned individuals previously convicted of terrorism and extremism in Morocco will migrate to Spain. 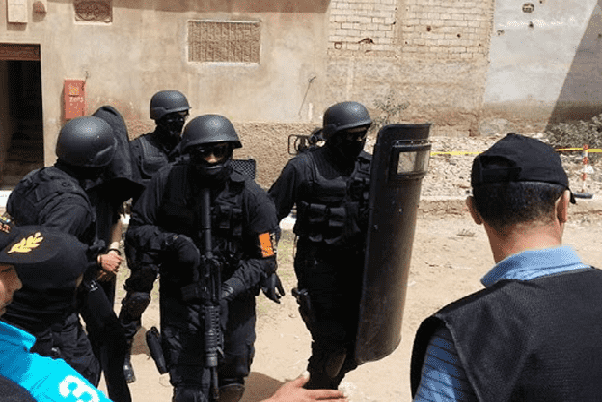 Rabat – Spanish authorities are allegedly worried that pardoned individuals previously convicted of terrorism and extremism in Morocco will migrate to Spain.

On the eve of the anniversary of the Revolution of the King and the People, celebrated in Morocco on August 20, the Ministry of Justice announced that King Mohammed VI offered a royal pardon to 22 individuals convicted of extremism and terrorism.

The ministry added that the pardon included the individuals who participated in the“moussalaha” (reconciliation) program, which aims to reintegrate prisoners into society.

The royal decision, however, seems to have worried Spanish authorities.

Spanish news outlet Okdiario reported that the lack of civil guards in the Morocco-Spanish borders led to the massive entries of undocumented migrants on July 26 and August 22.

Quoting security officials, the news outlet added that Morocco’s release of individuals convicted of terrorism-related crimes poses a “threat,” as it is impossible for civil guards to review the backgrounds of migrants who forcibly cross the borders.

Spanish Interior Minister Fernando Grande-Marlaska, according to Okdiario, underscored on Wednesday,  “Humanity is not equal to permissiveness.” He warned that the new cabinet will not “allow violent immigration” to threaten his country and the civil guards.

He also recalled that both Morocco and Spain reactivated the 1992 agreement on the deportation of migrants.

Okdiario criticized the agreement, saying it would not be able to prevent the “continued entry of immigrants” and the “lack of personnel that causes the lack of control of immigration.”

Morocco appears to trust its reconciliation program since the royal pardon includes defendants convicted of terrorism-related crimes and extremism.

Moroccan authorities in charge of terrorism-related crimes have dismantled several terror cells across the country, while other suspects affiliated to terrorism were also arrested throughout 2018.

Morocco also deals with returning Moroccan ISIS fighters and has introduced a criminal code to address the challenges relating to foreign fighters.

The program involves human rights experts and radicalism experts who provide psychological support and rehabilitation to convicts with links to extremism or terrorist organizations. The program, which was launched in 2016, aims to help them reintegrate into society.

The initiative depends on three fundamental points: reconciliation with the self, with religious principal texts, and with society.

Morocco’s General Commission for the Management of Prisons and Reintegration (DGAPR), which developed and implements the program, reassured citizens that moussalaha intends to offer the best conditions for participatory reintegration of persons serving sentences for extremism and terrorism.

Morocco, however, is still concerned about the threat posed by people who were involved in terror-related crimes in Middle Eastern countries affected by civil wars.

In June, the head of the Central Bureau of Judicial Investigations (BCIJ), Abdelhak Khiame, expressed concerns about rehabilitating ISIS returnees and managing Moroccan combatants stranded in combat zones who plan to return to Morocco as soon as circumstances allow them.

Khiame, however, is eminently confident in his staff and Morocco’s security system that has been “essentially effective,” especially in its ability to identify security threats.

Khiame also estimated the number of Moroccan fighters affiliated with terror organizations at “only 1,660 fighters.”

The country has also launched several programs in mosques to fight extremist ideology, which might result in breeding terrorists.