Rabat- Polisario and Algeria are caught in the middle of a new embezzlement scandal after Sahrawis allegedly found their people’s aid being sold in Algerian stores. 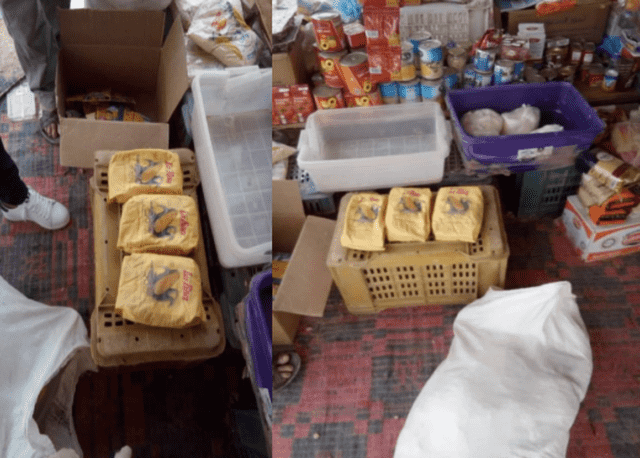 By
Ahlam Ben Saga
-
Ahlam Ben Saga is a Cultural Studies graduate from university Mohammed V of Literature and Humanities in Rabat.
Aug 31, 2018
Spread the love

Rabat- Polisario and Algeria are caught in the middle of a new embezzlement scandal after Sahrawis allegedly found their people’s aid being sold in Algerian stores.

Some Sahrawi people were surprised to find a popular aid product, Gofio corn flour from Spain, on display in Algerian grocery shops, reported the pro-Polisario website futurosahara.com on Tuesday, August 28.

Foodstuffs destined for Sahrawi people in Algeria’s Tindouf camps, near the border with Mauritania and Morocco, are being sold in large quantities for DZD 250 (€1.82) per kilogram.

Adding to Sahrawis’ suspicion, some grocery shopkeepers refused to let them take photos of the food aid products, initially donated to the starving Sahrawis in the camps by various global NGOs.

It was not the first time that Polisario and Algeria were involved in similar practices.

In 2015, the European Anti-Fraud Office (OLAF), UNHCR, and the World Food Program accused Polisario and Algeria of smuggling humanitarian aid intended for the Tindouf population.

In 2017, Polisario smuggled tents UNHCR gave as aid to the Sahrawis only to sell the tents to Sahrawis later. UNHCR has denounced the human rights violations committed against the Sahrawis.

On the sidelines of the 38th session of the Human Rights Council, June 18 to July 6, 2018, an expert of the committee emphasized that Algeria is obliged to take good care and support “victims and witnesses of human rights violations.”

In line with his meeting with the UN Secretary-General’s Personal Envoy Horst Kohler, who was on a 10-day tour of the region, Morocco’s Minister of Foreign Affairs Nasser Bourita stressed the need to pressure Algeria to authorize a census of inhabitants at the Tindouf camps.