Rabat- While Moroccan travelers at Tangier Med Port are stuck in traffic, passengers traveling with RAM are again frustrated because of flight delays. 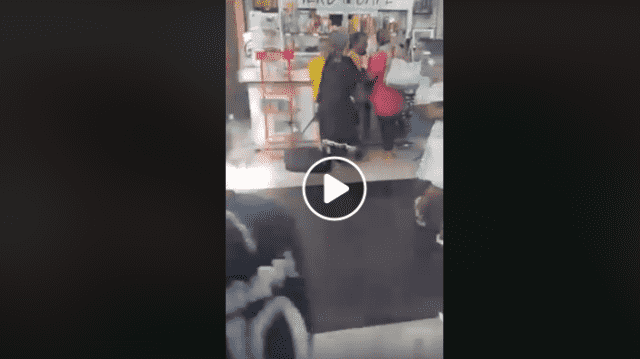 By
Ahlam Ben Saga
-
Ahlam Ben Saga is a Cultural Studies graduate from university Mohammed V of Literature and Humanities in Rabat.
Sep 1, 2018
Spread the love

Rabat- While Moroccan travelers at Tangier Med Port are stuck in traffic, passengers traveling with RAM are again frustrated because of flight delays.

In a video posted Friday on Facebook, Moroccan passengers demonstrated their anger because of more Royal Air Maroc (RAM) flight delays. One passenger demanded airport administrators come to solve the issue, however none were in sight.

Referring to notorious bus transportation issues, one passenger shouted, “Even with buses or CTM, there’s no such thing. I have never traveled in a CTM where they told me that there’s no seat for me, yet RAM does this and it’s not even the first time.”

“There are no services here. We have work tomorrow and there is no way out. We have nowhere to spend the night…. The flight was canceled. Now, come spend the holidays in your country! ” the cameraman complained.

“We come to our home country, giving our time and money only to deal with such frustrations. Will we want to come back again?” he added.

Another video recorded in the airport at Oujda, a city in northeast Morocco, shows vengeful Moroccans attacking airport cafes due to frustration from the delays.

Travelers are shown openly stealing whatever drinks or foods they found on the cafe counter. Shopkeepers seemed to have evacuated the space.

RAM pilots began protesting on July 18, asking for better working conditions and a salary raise of MAD 15,000 per month.

Before announcing that it had made an agreement to solve the stalemate one month later, RAM reportedly lost approximately MAD 20 million daily due to at least 150 delayed and canceled flights, triggering the fury of passengers and putting the carrier in danger of bankruptcy, according to L’Economiste.

But both RAM’s management and the National Trade Union of Moroccan Pilots (AMPL) reached a mutual agreement on August 14.

“AMPL and RAM have agreed to grant pilots four days off monthly” in addition to the traditional two days off weekly, the agreement said, hinting at RAM’s concession to pilots’ demands for more resting time.

RAM will also grant a pay raise and pay a third of pilots’ training fees. Based on seniority and competence, pilots and copilots’ monthly salaries will see an increase of MAD 3,000 to 5,175.

The agreement terms for the training grant are set to come into force on October 1, but the pay raise will start on November 1.