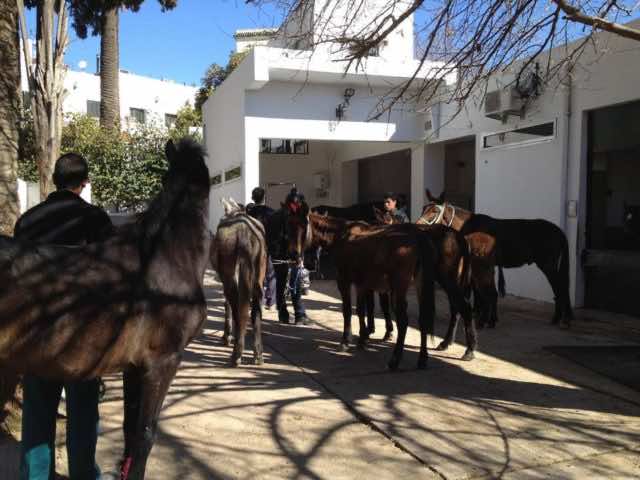 Rabat – Located in Fez, the American Fondouk is a charitable equine hospital on a mission to improve the welfare of working equines and the owners who rely on them.

Today, the number of working equids and camels in Morocco is estimated at around 1.7 million. Many are owned by poorer people who rely on the animals to help them earn a living. If the animals develop health complications, the owners cannot always afford to get them the care they need.

Some animals stay in the facilities for as little as a few days, while some require care for up to six months. All treatments are free of charge and funded by donations given to the organization.

Additionally, the American Fondouk funds and administers an internship program for aspiring Moroccan veterinarians. Interns spend a year interning at the facility before going abroad to places like Edinburgh, Scotland, or Lyon, France, to finish their specialist training in teaching hospitals there.

The goal is that interns might one day return to work with the American Fondouk and help to further its mission. The American Fondouk currently has conventions with 4 private Moroccan veterinarians who work as the senior vets in the hospital.

In an interview with Morocco World News, the animal hospital’s director, Gigi Kay (a British equine veterinarian), discussed some of the major concerns facing equines in Fez.

According to Dr. Kay, “One issue is that owners will sometimes tie up their animals’ legs with rope to prevent them from wandering off. This practice is known as “hobbling” and can cause tendon damage or lacerations.” Lacerations are one of the most common types of wounds that the American Fondouk treats.

This is not the only form of wound common to equines. As many horses, mules, and donkeys pull carts or plows, they can also get wounds from contact with shoddy equipment.

Dr. Kay notes that tumors, “especially sarcoid tumours which are common amongst equids and thought to be spread by flies,” are also a big issue and may require surgical removal. These tumors are reportedly more prevalent in donkeys.

Another common form of equine illness is colic. Something most people do not know is that equines, unlike most other mammals, cannot vomit.

Vomiting is the body’s way of removing harmful or toxic substances. Evolutionarily, equines’ need to retain food in their stomachs was greater than their need to expel it. As grazers, they took in small portions of food at a time, so keeping the food “inside” was invaluable to their survival.

When a horse gallops, its intestines shift backward against its stomach. In other animals, this would induce vomiting, but the horse’s powerful lower esophageal sphincter prevents the vomiting so that it can continue to run away from predators.

Consequently, if a horse develops abdominal pain or a digestive system disorder (colic), it is much harder for its body to resolve the issues on its own. Medication, or in more severe cases surgery or euthanasia, must be administered to colicky horses.

Equine injuries can also be found inside mouths. In Fez, owners still use old “Roman-style” bits in the mouths of their equines. These bits contain a circle in the equine’s mouths that has a great amount of torque and can tear up their mouths and cause a lot of friction on the roofs of their mouths.

The American Fondouk offers a straight-across trade for these “archaic” bits, giving owners new snaffle bits, which are more modern and less damaging to the horse’s mouths. 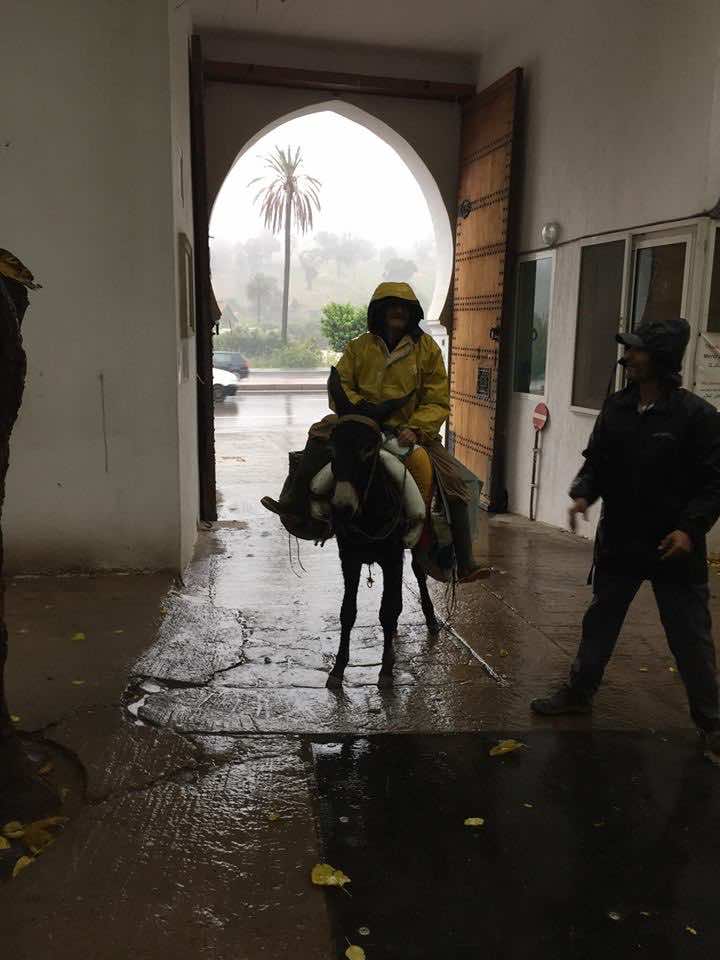 Termed by Rick Gore Horsemanship as an “archaic metal pain device,” all bits are slowly losing their credibility in many first world countries. Bits use pressure, discomfort, and often pain to control a horse’s head, hence controlling their speed and direction.

Bits have been in use for such a long time and are so widely used that the damage they cause is little acknowledged. Some bits are harsher than others, but all bits can cause trauma and nerve damage.

Trials prove that even “hot” horses, such as racehorses, can be controlled with “bitless” bridles by applying pressure over their nose bone instead of the sensitive tissues of their mouth. Further research on the negative effects of bits is available. For the time being, however, bit-use has not been a major issue accredited in Morocco. 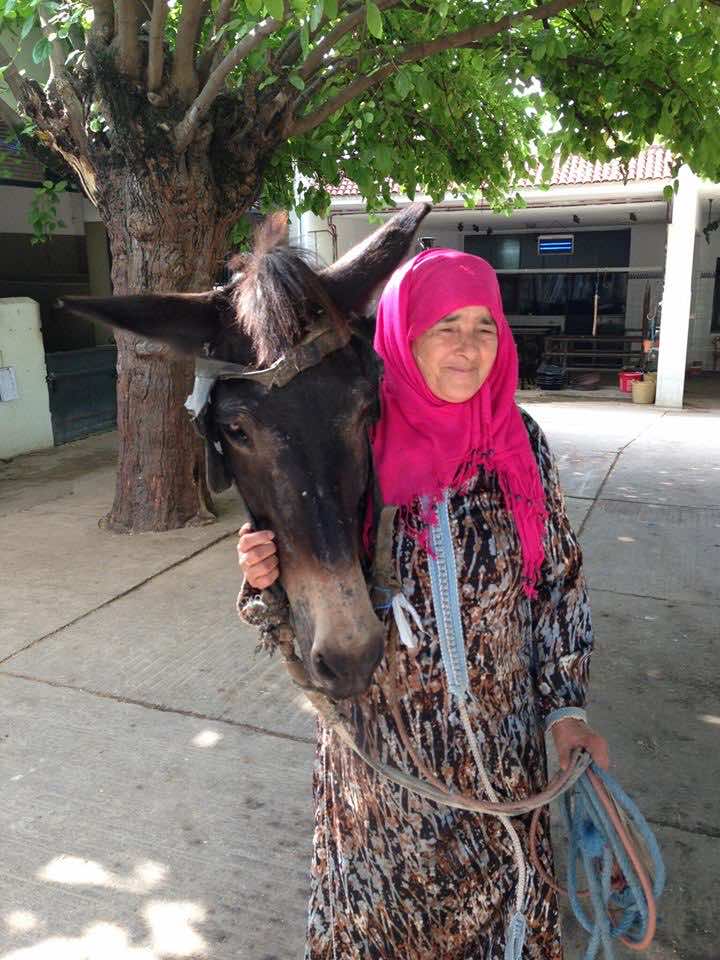 Most equid owners are quite poor. Consequently, paying for land to graze their horses in a major city or to buy proper feed is difficult. Many horses are underfed, lacking nutrition, and subject to eating things that are not natural to them—trash, for example.

Dr. Kay explains, “Plastic bags, rope, and other garbage on which they scavenge, can easily get stuck in the gastrointestinal tract and cause fatal colic.” 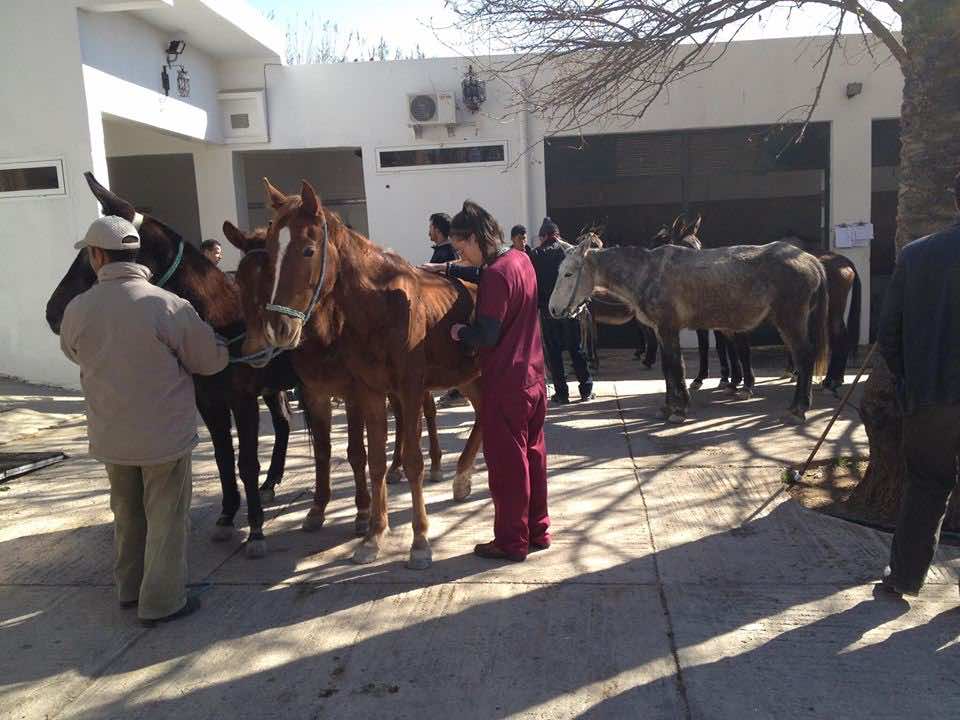 According to Dr. Kay, most pack-animal owners in Fez make the equivalent of about $5-10 a day.

“A typical donkey or mule will consume around 3 kilograms of barley per day and cost between $1-3 to feed. That’s already a substantial chunk out of their owner’s low income.”

Many Fessi equine owners will often overload their equines, put salt in their eyes, or prod them with sharp sticks to make them move faster. Dr. Kay emphasizes that this is not because the owners are inherently cruel, but often lack awareness of better practices. The American Fondouk actively reaches out to the community to teach better methods. 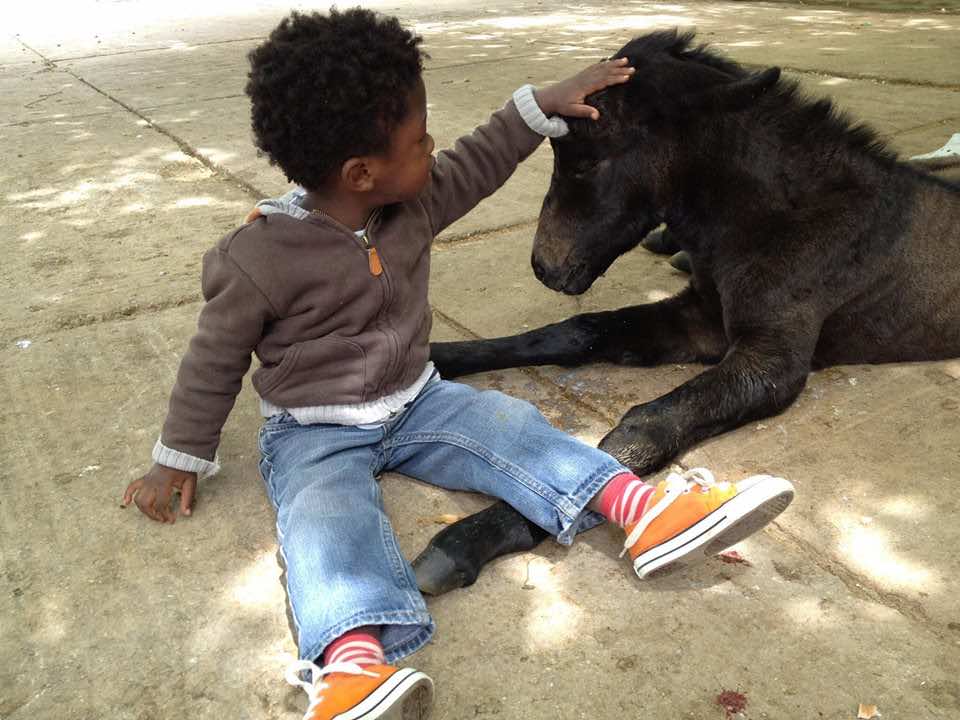 Malign practices have been used for centuries and become ingrained in the mind of the individual as simply “routine” and commonplace. Owners of working animals rely on both their own labor and that of their animals to earn a living. Sometimes, they take terrible shortcuts and work animals that are unwell.

If their animal is ill or injured, owners have little to no money to spend on veterinary care or medicine. If it dies, they have little to no money to replace it. The American Fondouk offers services to both humanely euthanize animals that are too old to work or sick beyond saving and will often help fund half of the cost of a new work animal at a typical cost of $130.

The American Fondouk is a non-profit organization founded by American traveler Amy Bend Bishop in 1927. When she visited Fez’s medina (old city), Amy was alarmed by the condition of the pack animals.

She was prompted to contribute $8,000 and ask two of her friends, Dr. Frances Rowley, president of the MSPCA at the time, and Sydney Coleman, a New York animal activist, to build a refuge for the animals. Today, Bob Coleman, Sydney’s grandson, heads the hospital.

The American Fondouk is an example of foreign aid abroad, hence the term “American” paired with “fondouk”—the Arabic word for “shelter.” Its mission is to help the poorer sections of the community through the provision of free veterinary care for as many of the working equids in Fez as possible.

The fondouk is currently the only operating American charitable working equid hospital in the world. According to Dr. Kay, the rest of the non-profit equine hospitals are British.

When the American Fondouk first opened in 1927, its mission was to serve equines. However later on, it added smaller animals to the mix (notably cats and dogs). In 2011, when Dr. Kay first joined the hospital, the American Fondouk decided to revisit its original purpose: to focus on the wellbeing of working equines in Fez.

According to Dr. Kay, there were economic reasons behind the decision.

“The American Fondouk provides free care and relies 100 percent on donations to keep it operating. Thus, its budget is limited and including small animals detracted from some of the animals that needed help the most.”

Luckily, awareness of animal welfare is on the rise. American Fondouk is not the only non-profit on a mission to help animals in Morocco. The Society for the Protection of Animals and Nature (SPANA) promotes animal welfare and nature conservation and is based in Temara, with branches in Rabat, Marrakech, Khemisset, Chemaia, Khenifra, Tangier, Midelt, Had Ouled Frej, Sidi Boughaba, and Casablanca. One mobile veterinary clinic is also available to reach animals in remote communities. 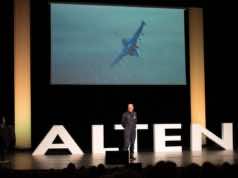 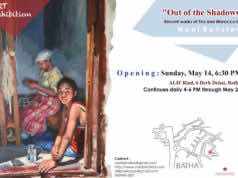 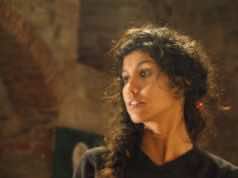