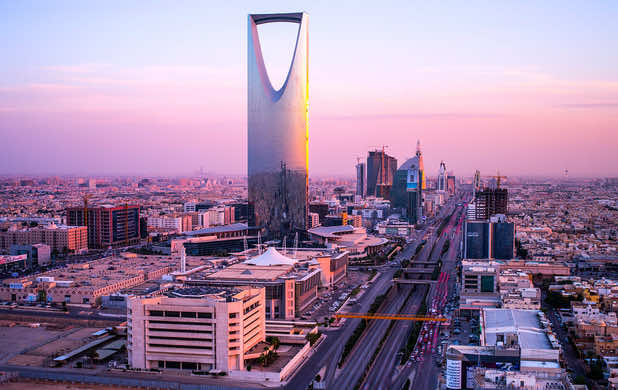 Saudi Arabia’s Ministry of Foreign Affairs stated, “The kingdom views the Canadian position as an affront to the kingdom that requires a sharp response to prevent any party from attempting to meddle with Saudi sovereignty.”

Saudi Arabia launched into a sharp reaction by expelling the Canadian ambassador from Saudi Arabia, ordering thousands of Saudi students to transfer from their Canadian universities, calling Saudi patients in Canadian medical facilities to relocate outside the country, and suspending all future trade.

Notably, an $11 billion arms deal between Saudi Arabia and Canada may be scrapped.

Iranian-backing anywhere in the eyes of Saudi Arabia’s aggressive foreign policy is considered a threat.  Iranian ally Hezbollah, especially by the assistance of its media wing Al-Manar, has become a political force to contend with in Lebanon. In 2016 Lebanon’s Prime Minister Saad Hariri formed a coalition government that allied itself with Hezbollah, ending a two year political deadlock.

Saudi Arabia attempted to destabilize Lebanon to weaken Hezbollah. Their ensuing behavior reinforced the increasingly prevalent black-and-white Saudi perspective that everyone is either an ally of the kingdom or its enemy.

In late October 2017, Hariri visited Riyadh to meet Saudi intelligence officials and Gulf Affairs Minister Thamer al-Sabhan. Hariri was reportedly pleased with the visit, claiming positive feedback from the crown prince. He also asserted that Saudi Arabia would support a conference in Paris to assist the Lebanese economy, a Rome meeting to support the Lebanese military, and a joint council to encourage investments in Lebanon.

Importantly however, sources close to Hariri speaking to Reuters believed he had convinced Saudi officials that rapprochement with Hezbollah was necessary for Lebanon’s stability.

When Hariri arrived, Saudi Arabia did not put out the usual entourage to welcome an important figure like a prime minister, an initial concerning sign.

Hariri’s meeting with MBS did not take place as planned on the 3rd, and instead he spent the night in his personal residence in Riyadh.

The next morning at 8 a.m., unusually early, Hariri was summoned to meet MBS. He disappeared from public sight for hours and then reappeared on television announcing his resignation as prime minister due to threats on his life from Hezbollah and Tehran sowing “devastation and chaos” in the region.

The fiery language of the speech, according to Hariri’s aides, was notably uncharacteristic of him, and added to the already prevalent speculation that Saudi Arabia had prefabricated the speech and forced him to abide by their demands.

However, Saudi Arabia failed disastrously because once Hariri had been released from Saudi Arabia he rescinded his resignation. Saudi Arabia also failed to direct Lebanon’s public’s anger towards Hezbollah and in fact united Lebanon’s various sects and factions in opposition to Saudi interference.

Qatar and the Gulf crisis

Qatar is another country that has been on the receiving end of Saudi aggression.

A crisis in the Gulf began on June 5, 2017, when Saudi Arabia, the UAE, Egypt, and Bahrain cut ties with Qatar. The severing of ties attempted to isolate Qatar and force the peninsula to succumb to their larger neighbor’s agenda and become a vassal state.

The “quartet” of countries demanded that Qataris leave their territories within 14 days and prohibited their own citizens from living in Qatar. Saudi Arabia closed the land border, and the group prohibited ships under the Qatari flag or working for Qatar from docking at their ports. They also required aircraft flying to or from Qatar to receive prior permission to travel through their airspace.

On June 22, the quartet gave Qatar a 13-point list of demands that included points such as ending all support for “terrorist organizations” such as the Muslim Brotherhood, Hezbollah, ISIS, and Al Qaeda.

The quartet demanded Qatar shutdown Al Jazeera and other Qatari-funded news outlets such as Middle East Eye and Arabi21. The group also called for Qatar to close down the Turkish military base, end joint-exercises with Turkey and diminish its ties with Iran.

Finally, the coalition asked Qatar to pay reparations for “loss of life” and financial losses due to Qatari policies and to align with Saudi Arabia politically, militarily, socially, and economically.

Though initially Qatar’s economy took a downturn while there was panic regarding the blockade, it recovered. In fact, Qatar is projected to have 2.6 percent GDP growth in 2018.

Rather than align with the quartet, Qatar grew closer with Iran and Turkey.

Saudi Arabia’s recent row with Canada bears a remarkable resemblance to the kingdom’s diplomatic spat with Sweden in 2015.

In January 2015 Sweden’s foreign minister, Margot Wallstrom, criticized the kingdom’s human rights record. Speaking to parliament, she denounced the flogging of liberal blogger Raif Badawi and accused Saudi Arabia of being a dictatorship.

After Sweden recognized Palestine as a sovereign state, she was invited to speak as a guest of honor at the Arab League conference in Cairo.

Wallstrom’s planned remarks on democracy and women’s rights led Saudi Arabia to block her speech, and Sweden in turn scrapped a defense cooperation agreement between the two countries.

In response Saudi Arabia withdrew its ambassador to Sweden, Ibrahim bin Ibrahim, on March 9, 2015, citing Sweden’s “flagrant interference” in its affairs. The kingdom said criticism of its human rights record was “harmful to the kingdom.”

Sweden’s business community was concerned about the diplomatic spat. Saudi Arabia is Sweden’s fourth largest recipient of arms outside the EU with sale totals in 2014 reaching approximately $39 million.

Despite the confrontation between Saudi Arabia and Sweden, both were keen to repair relations. Within the same month, Saudi Arabia reinstated its ambassador to Sweden after Swedish Prime Minister Stefan Lofven apologized.

Germany: ‘The doors in Riyadh have suddenly been closed’

Saudi Arabia took a similar approach to criticism from Germany. On November 13, 2017, speaking with Lebanese Foreign Minister Gebran Bassil, then German Foreign Minister Sigmar Gabriel said to reporters that “Europe could not tolerate the adventurism that has spread there.” His remarks were a veiled criticism of the kingdom’s interference in Lebanon.

Afterwards, Saudi Arabia summoned the German ambassador in Riyadh and handed him “a protest memorandum over the shameful and unjustified remarks by German Foreign Minister Sigmar Gabriel.”

The kingdom also called its ambassador to Germany home for a consultation. The foreign ministry said “Such remarks provoke the surprise and disapproval of the Kingdom of Saudi Arabia which considers them as aimless and based on false info that would not help bring about stability in the region.”

Since November, the kingdom has told its agencies not to renew contracts with non-essential German firms, though apparently those deemed essential continued operations.

To German news outlet Der Spiegel, an unidentified businessman said, “For Germans, the doors in Riyadh have suddenly been closed.”

Detlef Daues, who owns a virtual department store for spare parts, has invested $5 million in his business in preparation for Saudi Arabia’s economic transition from its oil-based economy. However, he claims that he is being excluded from contracts since Gabriel’s comments.

In another example, Riyadh had originally awarded a contract to construct a bike path through the city’s green belt to German AS+P Albert Speer and Bodecker Landscape Architects. After the spat however, the contract was reassigned to American company Coen+Partners.

Germany is Saudi Arabia’s third largest source of imports and its largest trading partner in Europe, with German exports to the kingdom totaling €6.6 billion. Companies such as Bayer, Siemens AG, and Thyssenkrupp are among the 800 German companies active in the kingdom, and 200 of these companies have offices there, employing approximately 40,000 people.

What does it all mean for Saudi Arabia?

However, the prevailing trend in Saudi Arabia’s foreign policy is aggression. The kingdom has meddled in Syria and spearheaded a devastating war in Yemen that has created a severe humanitarian crisis.

Saudi Arabia even had the audacity to attempt to isolate a fellow Gulf nation and even detain and force the prime minister of a sovereign nation to resign from his post. These actions alienate communities and countries, and in fact push them away from Saudi interests.

Saudi’s policy to attempt to force communities and countries to bend to the kingdom’s own hegemonic ambitions in fact empowers its proclaimed rival Iran. Under Saudi threats, did Qatar move any closer to Saudi Arabia? No, in fact Qatar tightened its relations with Iran and Turkey.

Did Lebanon respond to Hariri’s resignation with anger towards Hezbollah for its power and influence in Lebanon? No, the multitude of factions in the divided country united against the simple fact that Saudi Arabia was doing to Lebanon what it so vehemently accuses Western countries that criticize the kingdom’s dismal human rights record—of interfering in their internal affairs.

The kingdom additionally did not receive support from the US or other Western nations. Contrary to US President Trump, former US Secretary of State Rex Tillerson said, “The United States cautions against any party, within or outside Lebanon, using Lebanon as a venue for proxy conflicts or in any manner contributing to instability in that country.”

In Lebanon, Saudi Arabia has realized its need to backtrack. The kingdom made an attempt to make amends for its actions when it reinstated a $1 billion credit line to Lebanon that it had originally canceled in 2016.

Saudi Arabia’s actions regarding Canada are the culmination of Saudi’s statement to Western countries for publicly addressing issues such as human rights in the kingdom—they are not to be mentioned.

While the kingdom has introduced reforms, such as finally permitting women to drive vehicles this summer, the country is sending the message that this is by the grace of the rulers, a gift rather than the result of activism.

The same dozens of individuals such as Samar Badawi that campaigned to bring such rights to Saudi Arabia were subsequently arrested by the authorities.

However as the arrests of the activists shows, anything that changes in Saudi Arabia is by the state’s will. If the kingdom allows for more freedom to speak out against the state, individuals may call not just for societal transformation, but for political transformation.

The aggression Saudi Arabia exhibits in its foreign policy is disastrous for its image, and if the country wants foreign investors to be comfortable in the country the government must halt these radical acts.

In time, Saudi Arabia may backtrack from its hostile position with Canada and Germany, as it did with Sweden, especially as MBS’s power is further solidified in the kingdom. When it comes to the Iranians and their proxies, however, Saudi Arabia has maintained a trend towards further hostility.