Rabat - Russian and Syrian foreign ministries have implied that they will soon retake Idlib province, the final rebel stronghold in Syria. 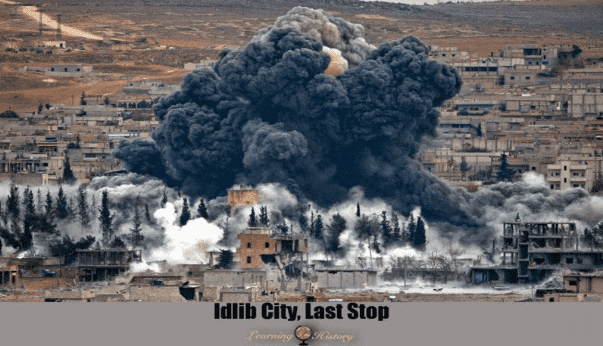 By
Karim Zaouaq
-
Zaouaq Karim is a PhD student in International Law and International Relations at the Hassan II University of Casablanca.
Sep 4, 2018
Spread the love

Rabat – Russian and Syrian foreign ministries have implied that they will soon retake Idlib province, the final rebel stronghold in Syria.

As Al Jazeera put it: “An all-out offensive to retake the last rebel-held province in Syria is only a matter of time.”

Syrian representatives met Russian officials in Moscow on Thursday, August 30. Meanwhile, UN Syria Envoy Staffan de Mistura declared in a statement to reporters in Geneva that Idlib may experience a “perfect storm.” Al Jazeera noted that there could be “possible military implications beyond the region.”

Idlib province, which is situated in northwestern Syria and borders Turkey, remains the last stronghold of the rebel factions. It is controlled mostly by the group called Hayat Tahrir al-Sham (HTS). HTS was formed on January 28, 2017, as a merger between Al Qaida’s Syria affiliate, Jabhat al-Nusra, and other Islamist factions.

The area is controlled to a lesser extent by the Syrian Liberation Front and some Turkey-backed rebel groups: Faylaq al-Sham, Jaysh al-Nasr, and Free Idlib Army. 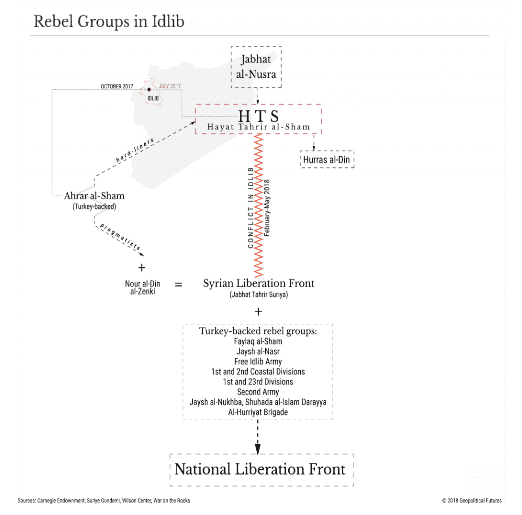 Idlib province was established as a de-escalation and ceasefire zone in May 2017, in the framework of the Astana agreement, which was signed by Iran and Russia (as backers of Assad’s government) and Turkey (as a rebel ally).

The province became a refuge for thousands of militants fleeing territories retaken by pro-Assad forces who refused to reconcile and surrender their arms.

However, the Astana agreement is threatened by the Syrian regime and its allies, who plan to reconquer Idlib. The agreement was previously challenged in the beginning of 2018 due to some clashes between Syrian regime forces and opposition factions along the countryside of southern Idlib.

The regime’s increased reconquest objective is likely to generate a large-scale assault and would pose many political, diplomatic, and humanitarian challenges.

“What we need to do now is to wipe out those terrorist groups which persist, particularly within the de-escalation area of Idlib,” said Russian Foreign Minister Sergey Lavrov. He made the remarks at the press conference following his meeting with his Syrian counterpart Walid al-Muallem in Moscow on August 30.

He added, “It is unacceptable that those terrorists particularly al-Nusra Front are using the de-escalation area of Idlib to attack the Syrian army and to also attack through drones the Russian military bases in the area.”

The current scenario that the Syrian regime’s ally, Russia, will defend to the international community is a severe military assault targeting initially southern and western parts of Idlib where al-Nusra Front and the last vestiges of ISIS are based.

Nevertheless, moderate Islamists and non-Islamist rebel groups are reluctant to believe that the purpose of the assault is to counter terrorism. They fear a massive military action that will aim to demolish all opposition factions’ capacities (both Islamist and non-Islamist ones) and push them to surrender.

In this context, rebels in the northwestern area of Idlib have blown up two key bridges, dug trenches, and called civilians to take arms to hamper an expected government assault.

As Idlib is the final stage in recovering all Syrian territory, Syrian regime forces will probably not limit their operations to southern and western Idlib.

Instead, they will move on to a large-scale attack in the northern and northwestern parts of Idlib, where they will fight fiercely with rebels using conventional arms and perhaps chemical weapons to push them to surrender.

Both a limited and a full-scale Syrian regime assault on Idlib would undoubtedly imply a political compromise with Turkey. However, it would raise serious humanitarian challenges in terms of civilian deaths and injuries, civilian infrastructure destruction, and another refugee crisis.

Turkey is the key player. French officials are keeping silent, and the US’s position is seemingly timid. Turkey, in contrast, borders Idlib province and backs most of the rebel groups there.

Turkey’s importance has been obvious since the conclusion in May 2017 of the Astana agreement, in which Turkey established many observation posts in Idlib’s northwestern part.

Turkey tried to prevent a large-scale offensive on Idlib. President Recep Tayyip Erdogan said during a Victory Day reception at the presidential palace in Ankara on August 30: “We are conducting joint works with the Russians and Iranians on Idlib to prevent another Aleppo-like disaster.”

Erdogan announced he would participate in the third summit of the Astana process that Tehran will host on September 7 and that Russia will attend.

The Turkish margin of influence on the Russian-Syrian Idlib assault is meaningfully restrained, however, because of its current dependency on Russian S-400 surface-to-air missile battery supplies.

Speaking at a graduation ceremony for military officers on Friday, August 31, Erdogan said that Turkey needed Russian-made S-400 surface-to-air missile batteries. He also said he planned to buy the S-400s as soon as possible.

Erdogan would rely on Russia to preserve the Turkish military presence in the Kurdish district of Afrin, posing the need as a condition of any agreement on Idlib.

Echoing that belief, the Atlantic Council’s Associate Director Reema Hibrawi stated that “Turkey’s motives seem tied more to the removal of elements of the Kurdistan Workers’ Party (PKK) and return of Syrian refugees than to protecting current Idlib residents.”

According to the Atlantic Council, “Other analysts … expect that Turkey’s setup of twelve observation posts across northern Syria is an attempt to expel Kurdish fighters from northern Syria, gain a military foothold in the region, and protect against a new influx of besieged Syrians.”

The Syrian regime’s final assault on Idlib may lead in one way or another to a humanitarian disaster.

John Ging, who heads operations and advocacy for the UN’s humanitarian coordination office, told the Security Council recently: “A worst-case scenario in Idlib will overwhelm capacities and has the potential to create a humanitarian emergency at a scale not yet seen through this crisis.”

UN Secretary-General Antonio Guterres said also on Wednesday, August 29, that he was “deeply concerned about the growing risks of a humanitarian catastrophe in the event of a full-scale military operation in Idlib.”

Pawel Krzysiek, spokesman for the International Committee of the Red Cross in Syria said, “The remaining [health] facilities are neither properly equipped nor prepared for a massive influx of patients” and that “any offensive will make an already precarious situation even worse.”

The regime’s attack could cut off food to the dense population of Idlib estimated by the UN at more than 2.5 million people. Among those, according to Doctors without Borders (MSF), half are Syria.

The number includes “civilians and opposition fighters displaced or evacuated from fighting in Homs, Aleppo, Hama, and parts of Damascus,” according to the Atlantic Council.

An assault could also provoke a massive movement of refugees fleeing tensions in Idlib to Turkey’s border. But if the border crossings with Turkey are to shut down, thousands of civilians, rebels, and families will have nowhere to go and will be endangered by any Syrian regime forces attack.

The UN Special Envoy for Syria Staffan de Mistura, speaking to journalists in Geneva on Thursday, August 30, “offered to personally escort residents of Idlib to safety ahead of any attack on the last main opposition-held area in the country, echoing an offer to do the same in Aleppo in 2016,” according to UN News.

He said: “Where can anyone go? So, for every time there was a crisis and there was a conclusion to that one crisis, there was a place where many could opt to go. There is no other Idlib.” 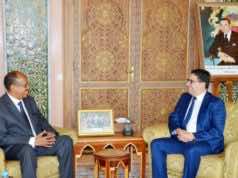 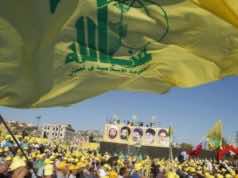 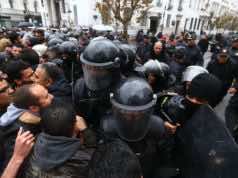 More Than 773 People Arrested as Unrest Continues in Tunisia 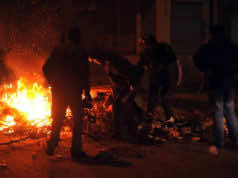