Rabat- Morocco’s Ministry of Education has defended textbook content written in Darija (Moroccan Arabic), saying that it is “purely for educational purposes.” 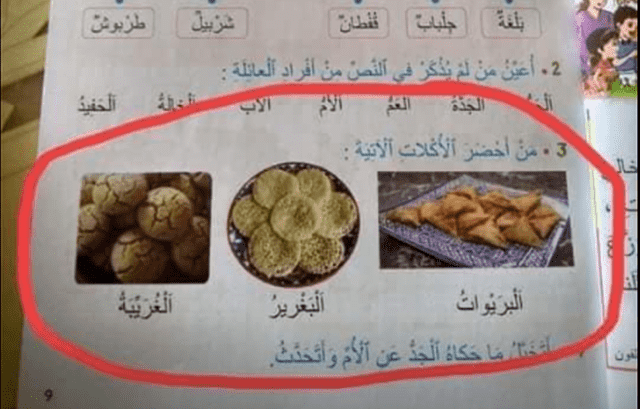 By
Ahlam Ben Saga
-
Ahlam Ben Saga is a Cultural Studies graduate from university Mohammed V of Literature and Humanities in Rabat.
Sep 4, 2018
Spread the love

Rabat- Morocco’s Ministry of Education has defended textbook content written in Darija (Moroccan Arabic), saying that it is “purely for educational purposes.”

Images of multiple pages in Arabic primary school textbooks have caused social media uproar because they contain words used in Darija, the unwritten Moroccan dialect of Arabic, instead of pure standard Arabic.

The texts include names of Moroccan traditional clothing and dishes in Darija, such as “ghriyba” (a Moroccan cookie), “baghrir” (Moroccan crepes), and “briouat” (a sweet/savory puff pastry).

In addition to the Darija words in Arabic textbooks, photos of a French textbook containing a popular Moroccan children’s song next to its transliteration into the Latin alphabet and translation in French inspired the mockery of Moroccans online. 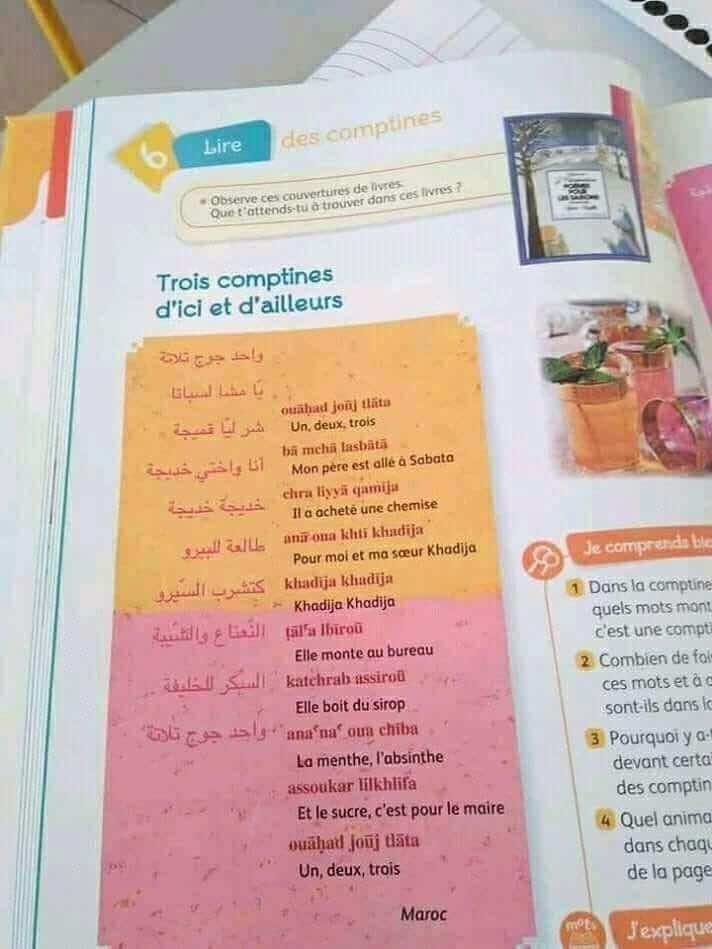 Several Moroccans condemned the use of Darija content, deeming it inappropriate for children’s successful mastering of standard Arabic.

According to Article 5 of Morocco’s 2011 constitution, “Arabic is the official language of the state,” and Morocco strives for its protection, development, and integration into teaching, side by side with Tamazight (Berber).

Morocco’s Independence Party (IP) held a meeting with the Committee on Education, Culture, and Communication with the minister of education, Said Amzazi, to discuss the issue.

Amzazi said in a statement to Akhbar Alyaoum that the use of Darija to name Moroccan dishes and clothing in textbooks is for mere educational purposes. He stressed that the French textbook with the Darija poem does not belong to the ministry as it did not produce it or permit its use.

The ministry called for educators and the general Moroccan society not to pay attention to distractions that could disrupt the progress of the current school year.

The 2018-2019 academic year officially starts on Wednesday, September 5, for both public and private schools in Morocco.

Parents of students in private schools have been complaining about the expensive prices of school textbooks.

The total prices of textbooks which typically did not exceed a total of MAD 2,000 or 2,800 per student for primary and secondary levels, now cost approximately MAD 1,600 for private primary schools and MAD 2,500 for middle schools.

Textbooks, notebooks, and other school accessories combined can cost as much as MAD 3,000 to 4,000 for high school.

A librarian explained to Moroccan news outlets Le 360 that the French textbooks are more expensive than the Arabic books because they are imported. The increase in prices did not only stop at textbooks, but reached tuition fees also.

According to Moroccan daily Al Massae, some private schools across the country increased tuition fees by 25 to 30 percent.

Only 71.7 percent of Morocco’s population can read and write, while just 64.4 percent of the working-age population has completed secondary education or above, according to research group BMI.

Despite challenges, Morocco is committed to improving the educational system.

The government allocated MAD 70 billion to improve material resources and educational conditions for university students for the academic years ahead.

The move is part of the implementation of the strategic vision of the 2015-2030 reform program, and in accordance with the 2016-2021 Government Action Program.

Head of Government Saad Eddine El Othmani said that about 700 vacant positions will be filled in 2018 to improve human resources management in Moroccan universities.

The channels of recruitment will be diversified to attract a maximum of national and international expertise. 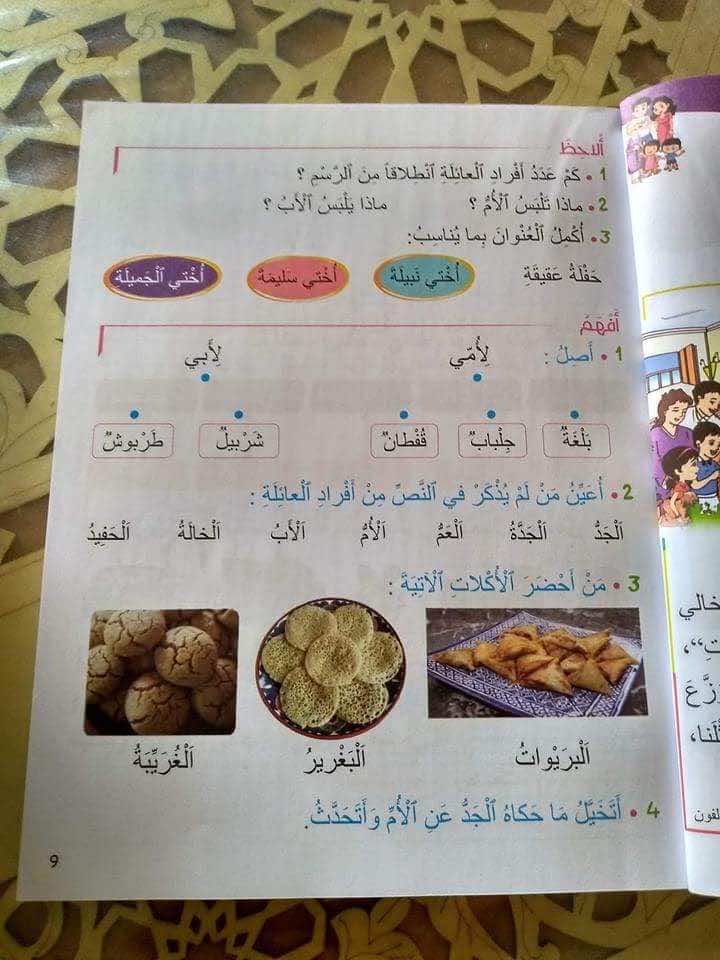