Rabat - The National Office of Railways (ONCF) is upgrading some of its regional trains with a much needed makeover. 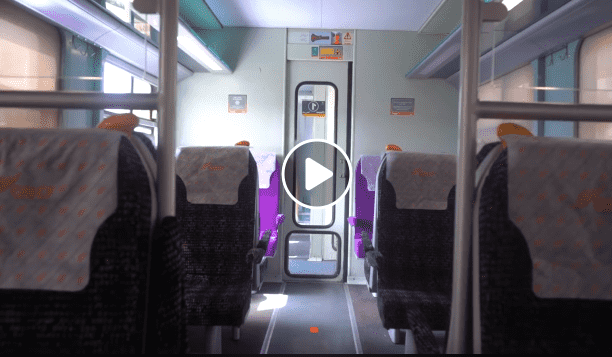 Rabat – The National Office of Railways (ONCF) is upgrading some of its regional trains with a much needed makeover.

ONCF announced Tuesday, August 4, that it has modernized and renovated its regional trains operating between the regional hub of Casa-Port and Mohammed V Airport, Settat, and El Jadida.

The makeover transformed first and second class seats in the 13 trains servicing the area, ONCF said in a statement. It explained that it has completed the upgrades of all of these trains and has returned all trains to circulation.

The office also announced that it will start the makeover of trains’ exterior, refreshing the paint and reviving ONCF’s colors. The statement added that the new operation is part of the “multiple projects of the ONCF to improve the quality of services offered to customers and to improve comfort in railway stations and on board trains.”

With the trains rehabilitated, ONCF provides its customers with “more modern equipment, brightly colored seats and a more urban style to make the journey by train more friendly and more comfortable.”