Rabat- The Ministry of Education has changed the rules, allowing holders of older baccalaureates to enroll in all Moroccan universities. 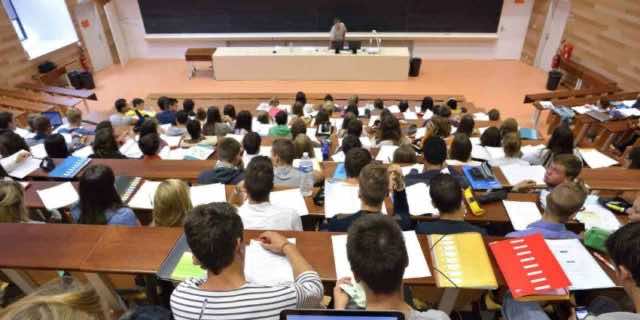 By
Ahlam Ben Saga
-
Ahlam Ben Saga is a Cultural Studies graduate from university Mohammed V of Literature and Humanities in Rabat.
Sep 5, 2018
Spread the love

Rabat- The Ministry of Education has changed the rules, allowing holders of older baccalaureates to enroll in all Moroccan universities.

For the academic year 2018-2019, people with baccalaureate diplomas obtained before 2018 must submit their registration documents between September 3 and 21.

In 2017, Moroccan activists launched a social media campaign, with the hashtag #Man_Haki_Nakra (I have the right to study), urging the government to accept baccalaureate diplomas, regardless of the year they were obtained.

In line with the campaign, a member of the Progressive Socialist Party submitted a letter to the secretary of state in charge of higher education to accentuate the right of students to enroll in universities whenever they wished, stating:

“Depriving citizens of the right to education violates their rights and the principle of equal opportunities and equal access to education, which is guaranteed by the 2011 Constitution.”

The former minister of Education, Professional Training, and Higher Learning Lahcen Daoudi, said in 2015 that the baccalaureate expiration regulation was adopted due to overcrowding in universities and lack of university professors. He explained that universities themselves determine the number of students who can enroll based on their capacities.

The leader of the “I have the right to study” campaign, journalist and social media activist Mahmoud Ababou told Morocco World News that citizens are not responsible for the overcrowding.

More students in universities and fewer jobs in Morocco

The number of students in higher education has increased significantly in Morocco. “The number of degree holders increased from 43,000 in the last five years to120,000 this year,” said Government Spokesperson Mustapha El Khalfi in July.

According to El Khalfi’s press statement released in July, the percentage of unemployed university graduates is over 22 percent, a figure that has doubled over the last five years and is expected to keep increasing in the coming years to reach 50 percent.

El Khalfi argued that the kingdom is facing a sizeable problem of unemployed higher degree holders that cannot be ignored.