Rabat - No, this is not a traditional Moroccan slipper from the souk but an expensive pair of Balenciaga’s. 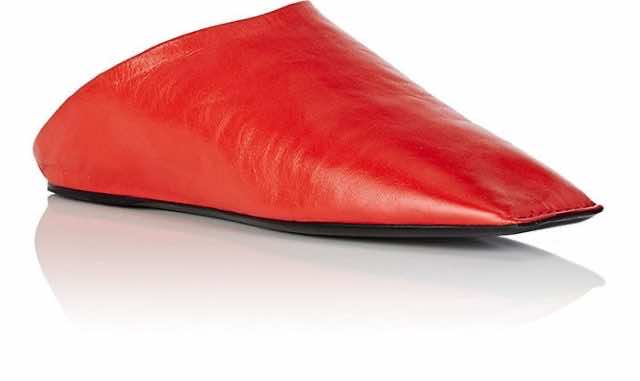 Rabat – No, this is not a traditional Moroccan slipper from the souk but an expensive pair of Balenciaga’s.

Moroccan social media were surprised by the French luxury brand Balenciaga’s choice to sell an expensive and luxurious version of the traditional Moroccan slipper, also known as “babouches” in French and “balgha” in Darija (Moroccan Arabic).

On its website, Balenciaga is offering a square-toe mule in either black or red leather for MAD 5,118. The much-wanted shoe is already out of stock.

However, in the souks and medinas, the traditional shoe is sold for between MAD 50 and 70, which Moroccan people have reminded the brand on social media.

Social media users have slammed Balenciaga, accusing the French enterprise of a “scam” and “cultural appropriation,” mocking their lack of imagination.

It is not the first luxury brand that found inspiration in the Moroccan shoe. In 2016, the traditional slippers attracted the attention of the most prestigious brands like Celine, Gucci, Dolce & Gabbana, and Narciso Rodriguez.

Some American fashion magazines like Vogue defined Balenciaga’s new shoe as “the must have of the year.”