Rabat - In India, homosexuality is not a crime anymore. 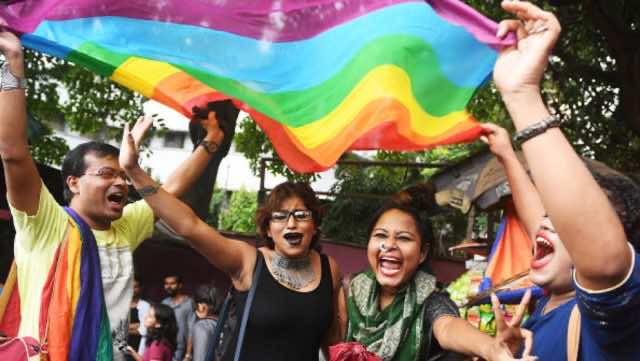 Rabat – In India, homosexuality is not a crime anymore.

The Supreme Court of India made the historical decision, on Thursday, September 6 of ending the ban on homosexuality dating from the British colonial era.

Article 377 of the Indian Penal Code prohibited any “carnal acts against the order of nature.”

Indian television channels showed homosexual activists crying tears of joy and falling into each other’s arms during the reading of the judgment.

According to AFP, a panel of five Supreme Court justices sat in July to hear the arguments of homosexual plaintiffs, including several celebrities, who claimed the article violated the Indian Constitution.

India has become the 124th state in the world where homosexual acts are not criminalized anymore, according to the International Association of Lesbian, Gay, Bisexual, Trans and Intersex People (ILGA).

Gay sex has long been a taboo subject in conservative India, where homophobic tendencies abound and many still regard homosexuality as a mental illness.

In recent years, however, the country’s gay community has raised its profile, organizing gay pride marches in major cities such as New Delhi and Mumbai which have created awareness and encouraged many to come out of the closet.

However, the battle was far from easy for the defenders of the LGBT community.

In 2013, India’s Supreme Court upheld a colonial-era law criminalizing homosexuality in a landmark judgment that crushed activists’ hopes for guarantees of sexual freedom.

The case had come from a Delhi High Court decision in favor of homosexuality. The decision was strongly opposed by religious groups, particularly leaders of India’s Muslim and Christian communities, who appealed it to the Supreme Court.