Rabat - Since Morocco cut ties with Iran, rumors ran wild that Morocco was obliged to relocate its embassy from a Shiite section to the Christian section of Beirut. 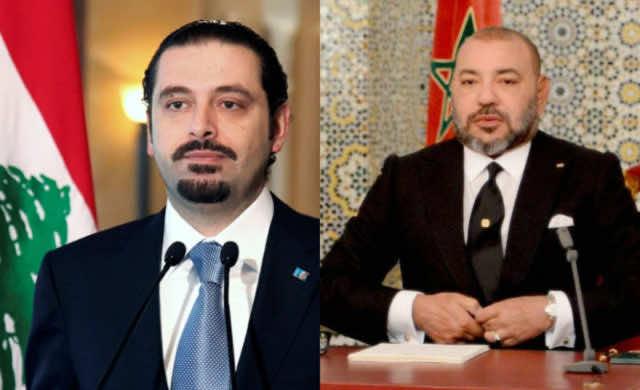 Rabat – Since Morocco cut ties with Iran, rumors ran wild that Morocco was obliged to relocate its embassy from a Shiite section to the Christian section of Beirut.

An authorized source from the Moroccan Ministry of Foreign Affairs spoke to Jeune Afrique on condition of anonymity to shut down the rumors.

The source confirmed that the Moroccan embassy in Lebanon moved a few months ago, “but this move was planned for three years. In 2016, a commission had gone on site and budgets had been released to allow this change.”

The embassy changed its address from Bir Hassan to Starco.

The move led the Moroccan community living in Lebanon to question whether the relocation was a “direct consequence of the rising tensions between the kingdom and the Shiite movement of Hezbollah.”

Morocco cut diplomatic ties with Iran on May 1, alleging the country’s Lebanese ally Hezbollah had offered military support for the separatist group of Polisario.

Both Hezbollah and Iran denied Morocco’s accusations. However, Morocco’s Ministry of Foreign Affairs said that it had confirmed the Polisario-Hezbollah cooperation with “solid evidence.”

On September 4, Moroccan newspaper Assabah reported that the alleged Hezbollah-Polisario collaboration is causing tension between Morocco and Lebanon.

An anonymous source told the newspaper that the Moroccan embassy in Beirut has imposed strict security measures. Lebanese citizens wishing to get a visa to enter Morocco have to wait three to six months, pending the approval of the General Affairs Directorate of the Ministry of Foreign Affairs, according to the newspaper.

In the interview with Jeune Afrique, the foreign affairs ministry said that the procedure is imposed in all countries where Morocco is represented.

“Visa applications are automatically sent electronically to the Directorate of Consular and Social Affairs in Rabat.”

The ministry added that the most suspicious applications are analyzed by Moroccan security services.

Quoted by Jeune Afrique, the president of the Moroccan Institute of International Relations, Jawad Kerdoudi, said that Morocco and Lebanon maintain “good political contacts” although there “has never been much economic exchange or strong diasporas” between the two countries.

Kerdoudi also said that the recent tension between Hezbollah and Morocco has not affected Moroccan-Lebanese ties because it concerns only Iran’s proxy, Hezbollah.

In May 2018, Morocco’s minister of foreign affairs and international cooperation, Nasser Bourita, explained that the Moroccan-Iranian relationship changed after Morocco’s decision to arrest Tajideen.

Bourita said that Iran “threatened Morocco to release him. We gave him to the United States and from that date there was a change.”

According to the official, the change also “threatens our own security.”

The North African country has also accused Algeria of supporting Iran and its proxy to train Polisario members through the Iranian embassy in Algeria.