Rabat - Saudi authorities arrested an Egyptian expat, on Monday, September 10, after he filmed himself having breakfast with a woman. 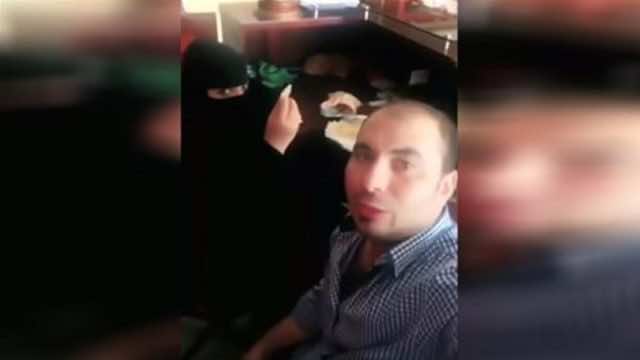 Rabat – Saudi authorities arrested an Egyptian expat, on Monday, September 10, after he filmed himself having breakfast with a woman.

The video, labeled as “offensive,” showed the woman feeding the man finger food.

lol Saudis are freaking out over this video of employees having breakfast together.

The guy will probably be deported as he’s not Saudi and the girl might get fired. pic.twitter.com/ttY5sUBfHD

The man and woman are apparently colleagues. Saudi police also summoned their employer for breaking the rules that the workplace should not be mixed.

Saudi media describe the expatriate as a man of Egyptian origin working in a hotel.

The Saudi prosecutor general called the man to order with a tweet to respect “the values ??and traditions of Saudi society.”

The sanctions incurred to the three involved are still unknown. Saudi Arabia could simply expel the foreign employee  dismiss his colleague.

The arrest comes at a time of reforms led by Crown Prince Mohammed bin Salman, who lifted the ban on driving for women in June 2018.

For many years, the ban on women driving caused serious damage to the kingdom’s reputation at the regional and international level.

Freedom to drive had been demanded for many years by Saudi women, who took to the streets in their cars in protest of the policy. Some of the activists were even arrested and jailed for defying the ban.

The prohibition still had fierce support from Saudi officials and religious figures, who went as far as issuing religious edicts on the subject.

Despite lifting the gender-based road restrictions, Saudi Arabia continue to have one of the most strongly gender-based systems of law in the world. Women are still severely restricted and must live under the supervision of a male guardian in their families in order to study, travel, or even to receive hospital treatment.