Rabat - Spain might try its chance to win the rights to host the 2030 World Cup. 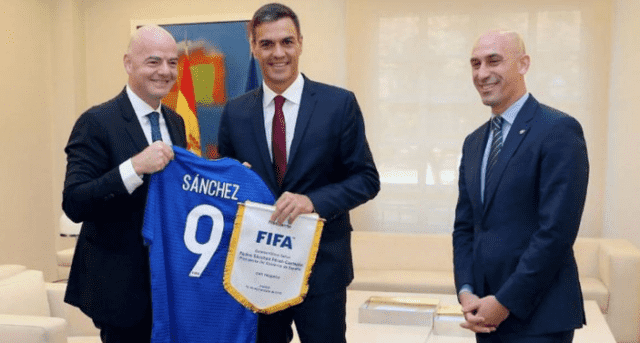 Rabat – Spain might try its chance to win the rights to host the 2030 World Cup.

Spanish media outlet Cadena Se reported yesterday that the Spaniards are looking forward to bidding to host the massive tournament. But will Spain submit a solo file or a joint bid with its two neighbors: Morocco and Portugal.

According to Spanish news outlet AS, a joint bid with Morocco and Portugal is the Royal Spanish Football Federation’s preference.

In August, Moroccan media reported that Morocco asked Spain and Portugal to form a trio to host the World Cup.

Several countries have shown an interest in bidding to host the global tournament, including England and a joint bid from South America: Paraguay, Argentina, and Uruguay.

In August, Royal Spanish Football Federation President Luis Rubiales told Spanish media that there would be more cooperation between Morocco’s football federation and its Spanish counterpart.

Rubiales made his remarks after a press conference before the Spanish Super Cup held in Tangier on August 12.

Spain hosted the World Cup in 1982 and the European Championship in 1964.

The last time Spain bid to host was with Portugal, eying the 2018 World Cup, a bid Russia won and hosted June 14 to July 15.

Morocco’s determination to bid for the 2030 World Cup also made African neighboring countries curious about the experience.

Recently, both Tunisia and Algeria welcomed the idea of a joint Maghreb bid.

The idea also received applause from the leaders of the North African Football Union (UNAF) at a seminar held in August in Tunis.