Rabat - An analysis by Quartz shows that the majority of terror attacks in 2017 in the US were motivated by right-wing extremism. 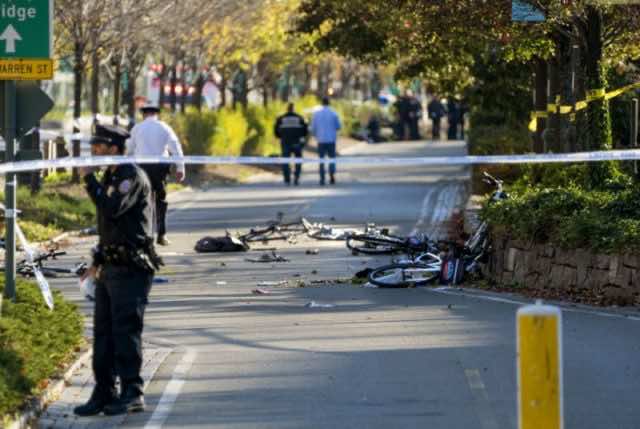 Rabat – An analysis by Quartz shows that the majority of terror attacks in 2017 in the US were motivated by right-wing extremism.

Analysts at Quartz used data collected by the University of Maryland’s Global Terrorism Database. The database “counts cases where violence is used by non-state actors to achieve political, economic, religious, or social goals through fear and coercion.”

According to the article, which was published in August, “Most attacks in 2017 were thought to be motivated by right-leaning ideologies.”

The outlet added that out of 65 incidents, 37 terror events were linked to either anti-Muslim sentiment, homophobia, anti-government beliefs, xenophobia anti-Semitism, or fascism.

The analysis tied seven attacks to “Islamic extremists, including the vehicle-ramming Sayfulo Saipov was arrested for in New York that left eight people dead.”

Quartz linked the other 11 attacks to left-wing ideologies.

The list of incidents reported in the analysis includes the August 2017 attack in Virginia, where a man deliberately drove his vehicle into a crowd at the “Unite the Right” rally in Charlottesville.

James Alex Fields, described by Quarts as an American neo-Nazi, was charged with second-degree murder after he drove the car at protesters in the rally, claiming the life of one resident and injuring at least 19 others.

Assaults on Muslims on the Rise

The list of attacks included one on a gay bar in Puerto Rico and other attacks against mosques in Washington, Texas, and Florida.

Extremism and radicalization linked to Islam have impacted views of Muslims.

Muslims living in non-Muslim-majority countries have experienced attacks due to their religion.

A Pew Research Center article published in 2017 reviewed FBI statistics, showing that assaults on Muslims in the US in 2016 had “easily surpassed” the previous modern peak of attacks on Muslims in 2001.

Hate crimes not only affect Muslims, but also Jews, in the US.

Pew said that hate crimes targeting Jews in the US increased in 2016 to 684.