Rabat - For the first time, Morocco’s Princess Lalla Khadija has accompanied her father, King Mohammed VI, in an official ceremony.

Rabat – For the first time, Morocco’s Princess Lalla Khadija has accompanied her father, King Mohammed VI, in an official ceremony.

The monarch chaired the ceremony “to present [the King with] the report and executive program on supporting schooling and implementing the reform of education and training,” Maghreb Arab Press (MAP) reported today.

Speaking before the King, Minister of Education Said Amzazi stated that the program is in line with the King’s speeches delivered for Throne Day on July 29 and on the Day of the Revolution of the King and the People on August 20. 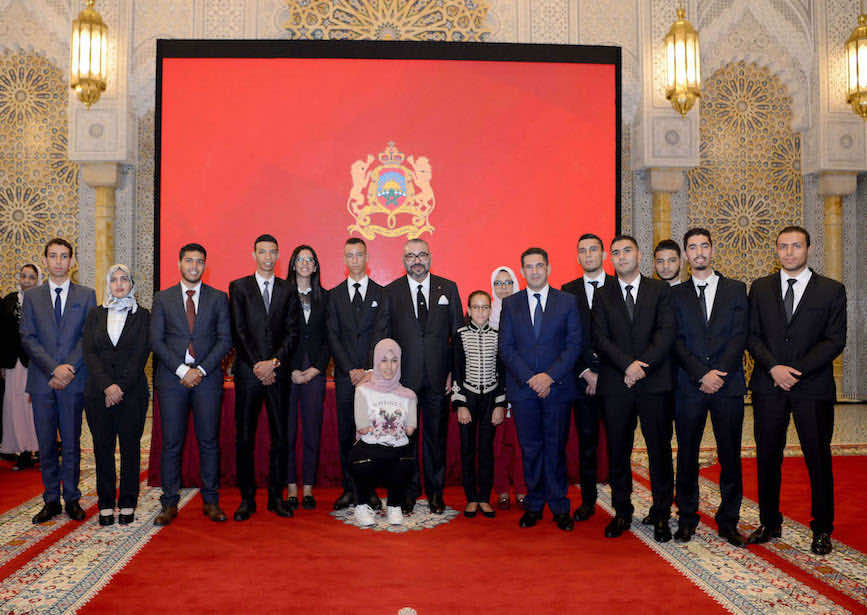 Mohamed Benchaaboun, minister of economy and finance, and Amzazi signed the first agreement on the development of the Tayssir program, boarding schools, and school canteens. The Tayssir program is provisional social measures which could make education reforms bear fruit.

The second agreement was on the establishing of two vocational training centers in health professions in Rabat and Casablanca. It was signed by Benchaaboun, Amzazi, Minister of Health Anas Doukkali, and Loubna Tricha, director general of the Office of Vocational Training and Labor Promotion (OFPPT).

During the ceremony, many professors and officials from the Ministry of Education received the King’s Throne medal (Wissam Al Arch).

Princess Lalla Khadija is the second child of King Mohammed VI and Princess, King Of Morocco Wife, Lalla Salma, after Crown Prince Moulay El Hassan. She was born on May 28, 2007.

On May 25, 2017, Princess Lalla Khadija took part in a ceremony with her mother, Lalla Salma, in Rabat. Lalla Salma received the gold medal of the World Health Organization (WHO) in recognition for her action and commitment to fighting cancer in Morocco and worldwide.